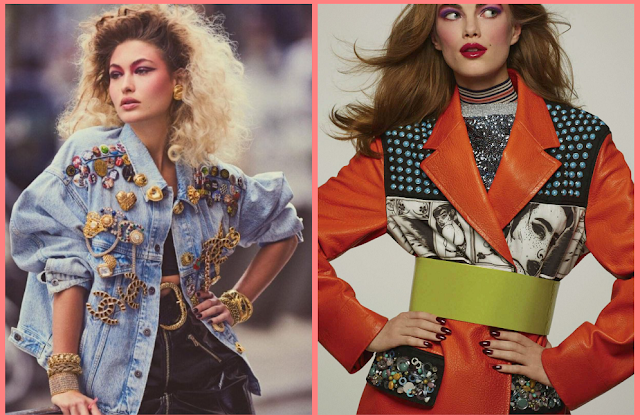 What is it about 90s fashion? Accessories? Makeup? Outfits? Despite the fact that several decades have passed...styles from the 1990s are back and better than ever before. More and more television shows and movies are set in the 90s. Several new musical artists have a distinctly 90s sound. There is just something about the decade that cannot be overlooked. Perhaps it is because this was the last decade before social media took over. Or maybe it has something to do with the adventurous designs that graced magazine covers, runways, and department stores. Whatever the reason, the 90s are an enduring decade. Which explains why Good American released their Good 90s collection earlier this year.

Not too long ago, my mom gifted me a pair of the Good 90s Loose style jeans. They are fabulously nostalgic for me. While I love my skinny jeans for day to day wear...I remember wearing enormously baggy pants to school every day. The bigger they were, the better they were! So this style absolutely takes me back in the best possible way. Since the weather is so warm right now, I haven't had a chance to wear the jeans out and about. It has been all shorts all the time over here. But I keep thinking about those Good 90s Loose jeans. Once the fall weather hits, they will become an essential part of my day to day wardrobe. Since I have been thinking about Good American denim (and the 90s in general) it only made sense to channel that into a little fashion inspiration post. Here is my ideal 1990s inspired look then and now... 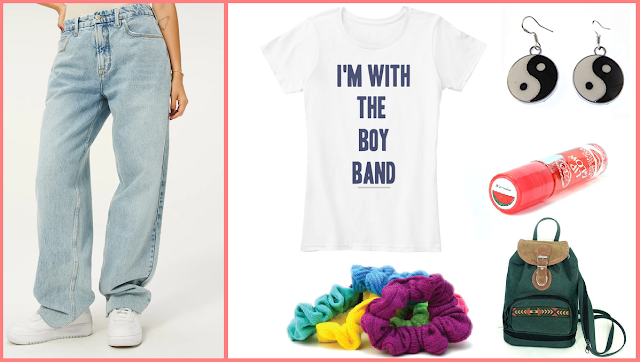 What does this look include? The Good 90s Loose style jeans, of course, and a pair of classic white sneakers. Then a cute white t-shirt (that I very much would like to own), colourful scrunchies to add in a bit of colour (one to wear in the hair and the rest to be worn as bracelets), some ying yang earrings (because it would not be the 90s without ying yang earrings or some happy face earrings), a roll on lip gloss with a sickly sweet scent (ahh...memories), and a mini backpack (this is one that I owned when I was younger and very much would like to own again). It makes me smile to see so many 90s items back in style again.

It looks like the 90s are here to stay. Whether you are watching television, listening to music, or are heading to the mall to do a bit of shopping...this decade is absolutely everywhere. Nothing could make me happier.

Are you a fan of 90s styles? What do you think of the Good American jeans?