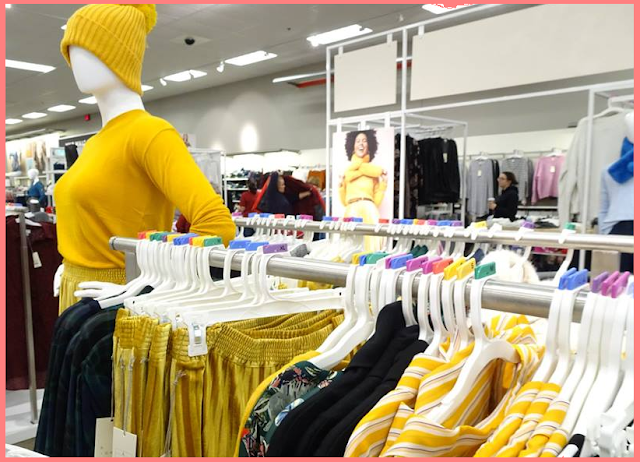 It has sort of become a tradition. For the last couple of years, my mom and I have taken a bus tour to the states before the holiday season begins. It is a weekend trip that takes the bus load to Erie, Pennsylvania for tax free shopping. Though we had a lot of fun last year, there were no plans to go again, since the tour company had decided to raise the price rather significantly. Turns out because of this, the bus wasn't quite full. So we snagged a bit of a discount and away we went! The trip had a jam-packed schedule and there was lots and lots of shopping to be had, though things didn't go exactly as planned. Here is a recap of my mini getaway.... Day One. It all started bright and early (or dark and early as the case may be) on a Friday morning. I had taken the day off work so we could head down to Erie on the bus with our fellow shoppers. Though it was rainy and grey....everyone was in high spirits. It took many hours to get to our final destination, with several stops, including one at the duty free. Eventually, we were dropped off at the Millcreek Mall for a few hours of shopping. The hotel was quite close to the mall, so we were able to spend the evening there, shopping away! I managed to find everything on my wish list that night. That included a Jaclyn Hill palette at Ulta (you can read my review of her original Morphe palette here), some Funko Pop figurines, and lots of Christmas presents for my loved ones. It was a long and tiring day but a successful one.

Day Two. Well...day two certainly didn't go as planned. We were expecting to head to the Grove City Outlet mall as we have year after year. However, mother nature had a different plan. That morning, we woke up to a ton of snow. It was insane! Our bus got stuck trying to turn out of the hotel parking lot and stuck again on a grassy section that was hidden under snow. In fact, our bus was stuck all day long. Not only did that mean no outlet mall, it seemed like we wouldn't be able to do anything at all! We had to walk back to the hotel (in the middle of a blizzard) and wait for further instructions. Eventually, another bus picked us up to take us to Target. Only that bus got stuck for an hour going up a hill. It was a frustrating day, to say the least. On the plus side, we did get to spend a bit of time in Target, Kohls, and Burlington. (If you have read my blog for any amount of time, you will know that I absolutely adore shopping at Target!) The rest of the night was spent in the hotel, watching TV. Sigh! Not exactly what we had in mind. 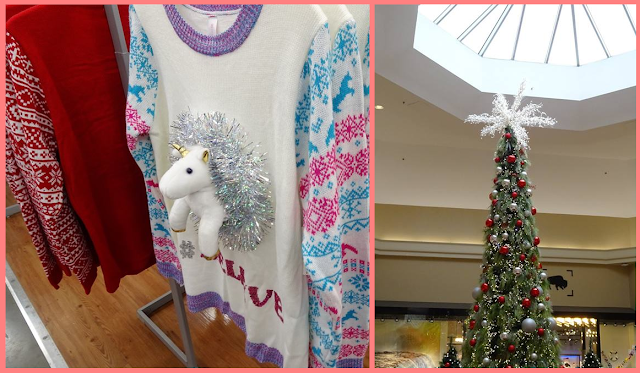 Day Three. The last day was much better than the previous, weather wise. While the snow was still there, it was far more manageable. We started off early, loading up the bus and heading to Wal Mart for some early morning shopping. There were so many cute holiday items there and I confess: all of the ugly Christmas sweaters made me giddy. Everything was so festive and fun. It made me super excited for the holiday season. (Speaking of....can you believe how quickly it is coming up?) After that, we drove to the Niagara Falls Outlets and were given three hours to shop to our hearts content. Then it was time to cross the border and head home.

Overall, it was a fun trip but there were certainly a few obstacles. Despite that, we did lots of shopping and I was able to finish off my Christmas list. It was a good way to kick-start the beginning of the holiday season. From here on out, it will be all Christmas all the time! As for the items I purchased for myself....I am sure they will be popping up on here in the next little while.

Have you started holiday shopping?