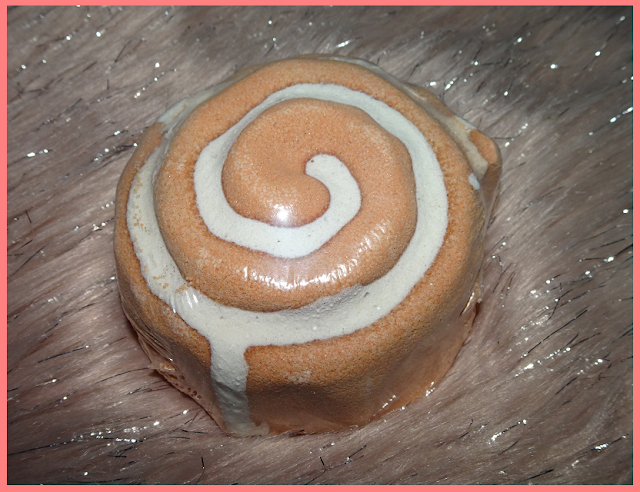 I am the first to admit that I do not like cinnamon. At all. Neither does my best friend, which is why she bought me this Cinnamon Bun bath bomb from Charmed Aroma. It was a nod to our mutual dislike of all things cinnamon...and the way the local mall always smells like Cinnabon. On the plus side? I do love Charmed Aroma and the accessories hidden inside of their products. Normally, candles are the must-have item, but this time, there was a Charmed Aroma bath bomb to unveil. Ready to find out what was inside? Then keep reading, because this another Charmed Aroma review and reveal. 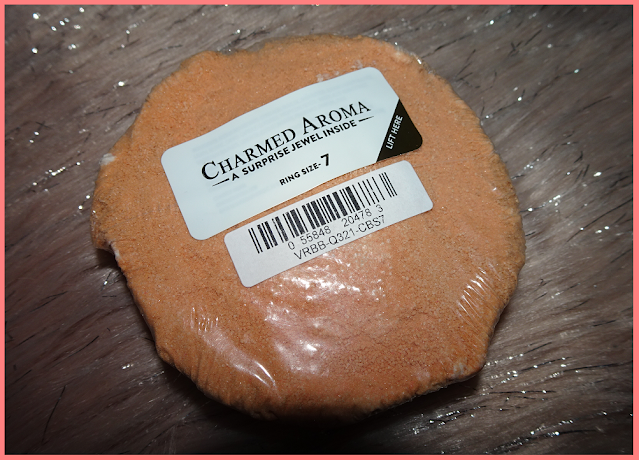 Since cinnamon is really not my thing, the bath bomb was not going to be dissolved in my bathtub. But that doesn't mean I had to wonder what was inside! I literally took a hammer and smashed the bath bomb to reveal the ring inside. (Don't worry....I didn't damage the ring. It was in a small plastic container.) So it only took a minute or so to find out what was hidden inside. Very different from the Charmed Aroma candles, which usually take at least a few hours. The scent itself was pretty strong, even though I did my best to contain it in a garbage bag. If you hate cinnamon? This is not the best option. If you are a cinnamon lover, this will be right up your alley. Ready to see what was inside? It is time for the big reveal.... 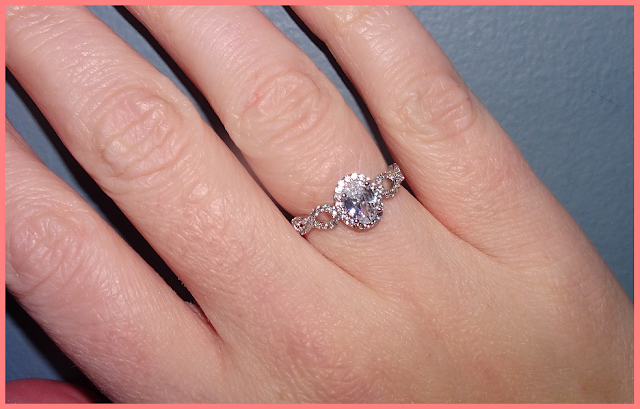 Ta da! I have to say, even though I hate cinnamon, I absolutely love this ring. This is one of the best reveals in quite some time. There is something about the design that immediately took my breath away. I love the woven details on the band and the large stone surrounded by lots of smaller stones. It is such a gorgeous vintage inspired design and it really stands out from a lot of the other accessories in my jewellery box. It is so elegant and classic! I just love it and feel extra special when it is on.

Something fun? Charmed Aroma jewellery can be appraised on the website. Though the actual value is debatable, it is always kind of fun to see what the company believes the value is. This particular ring was appraised at $20, which is fairly low...but considering the fact that I love the design so much, the appraisal value doesn't matter much. All in all, this was a win for me. Not only did it make me chuckle (thanks to the inside joke with my BFF) but it also resulted in a stunning new accessory.

Have you tried any of the bath bombs from Charmed Aroma? What do you think of this ring design?