this music is a place to hide. 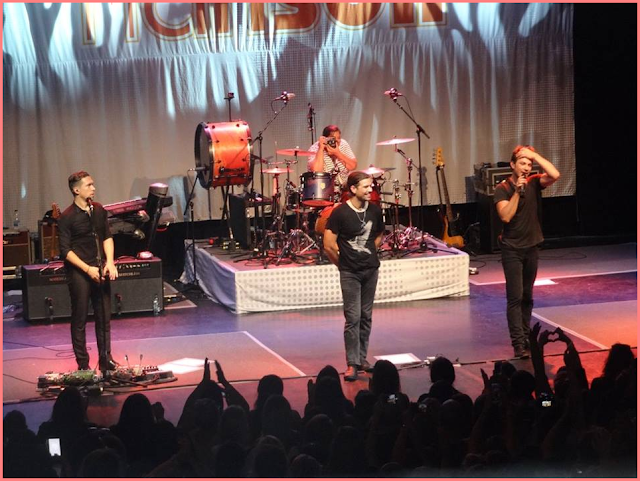 It did not go according to plan. The way I had envisioned my Hanson concert experience was somewhat different than the reality of the day. In my mind, I had planned to spend ages getting ready, go down to participate in the walk (where Hanson and a group of their fans walk one mile to raise awareness and funds for HIV/AIDS and poverty in Africa), and then see an awesome show. Well....the latter happened. Everything else was sort of all over the place.

First of all, there was the fact that for the first time in many many years, there was no walk scheduled. It was strange to say the least. Then there was the issue of getting ready. Though I had allotted myself plenty of time, nothing I wore felt right and my makeup left me feeling uninspired. It was just one of those days, I suppose! On top of all that, there was also the issue of transportation. My husbands car was in getting repaired. No big deal. Except that the bus never showed up and it seemed that I would not be able to get to the train station in time. Thankfully, my father in law saved the day. But it was stressful and all of that uncertainty put me in a not-so-wonderful mood. 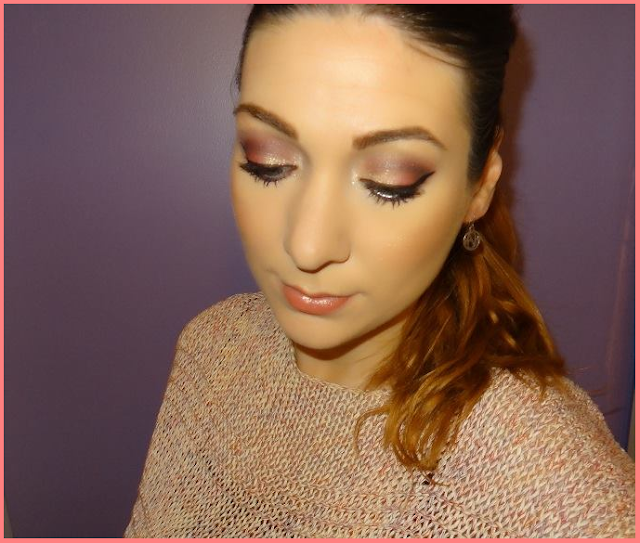 By the time I got downtown to the venue, it was later than expected. And it was pouring rain. I was absolutely soaked by the time they let us all inside. Then it was another wait to buy a very overpriced greatest hits CD (overpriced because I own every single song already, minus the one new track) and another long wait for the bathroom. Then finally....I got to sit in my seat! Yes, a seat at a Hanson show. This is a novelty for me because they typically only do general admission. This particular venue was a mixture of both, so I oped for a seat. I was the first row of the seated area and wound up next to an Internet friend that I have known for quite a while. She was super sweet and even gave me a birthday card and presents (which were makeup items....so expect a post on that very soon!). It was nice to chat while we waited for the show to start.

The show itself was wonderful. The set list was a solid mixture of upbeat songs, new tracks, older singles, covers, and even a little a capella. Plus, with no opening act (this made me so happy), they played for a solid two hours, with nearly thirty songs. I was especially happy that they played some of my all-time favourites from The Walk album, like Been There Before and Watch Over Me. I also got to hear I Was Born live for the first time along with a beautiful tribute to Tom Petty, Wildflowers. 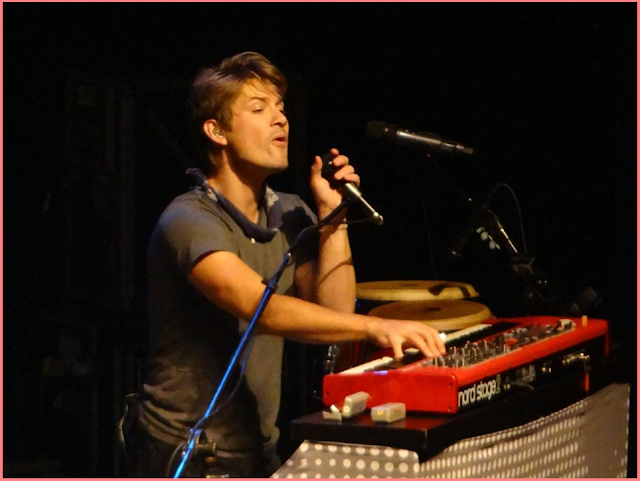 After the concert ended, I went down to the general admission floor area to snap a quick picture with my group of friends that had also attended the show. Since I needed to take the subway/train back home, I was short on time, but wanted to say hi. So we took a picture in front of the stage (along with a selfie) and that was that! Until my friend "kidnapped" me and insisted that she drive me home. Despite my protests, she did in fact drive me all the way home. I am very thankful for that! Especially because I was fighting to stay awake at that point.

So, we went outside to say our goodbyes to people and wait for our one friend to finish buying t-shirts from the merch table. Then out of nowhere, a window on the tour bus that was parked out front opened. It was none other than Zac Hanson. Just popping his head out of the window. (No clue how he was able to leave the venue so quickly!) He started signing autographs for people and somehow, I was able to get my greatest hits CD autographed. I was over the moon. It wasn't something that I expected to happen so I was super happy, excited, and grateful. Definitely a wonderful way to end the evening. 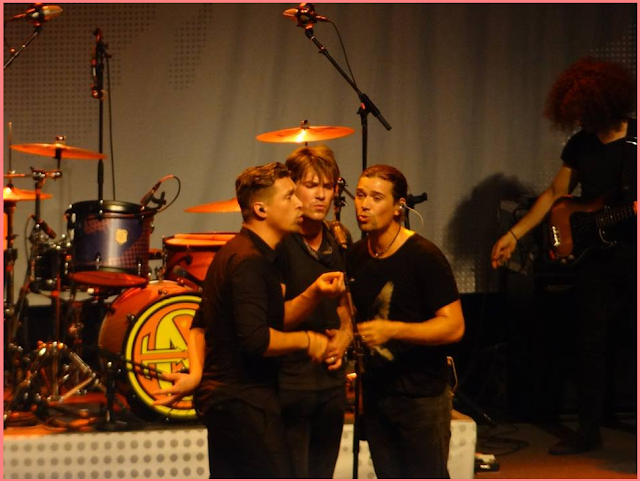 After that, we walked to my friends car and she drove me home. And of course, we listened to Hanson all the way. Though the events leading up to the concert were not ideal (transportation issues, poor weather, and generally being in a funk) it ended up being a really great night. The show was fantastic, I had a great view of the stage, and I got to spend a little bit of time with friends. It is amazing how music can bring people together.

What is the last concert that you attended?