live with no excuses and travel with no regrets. 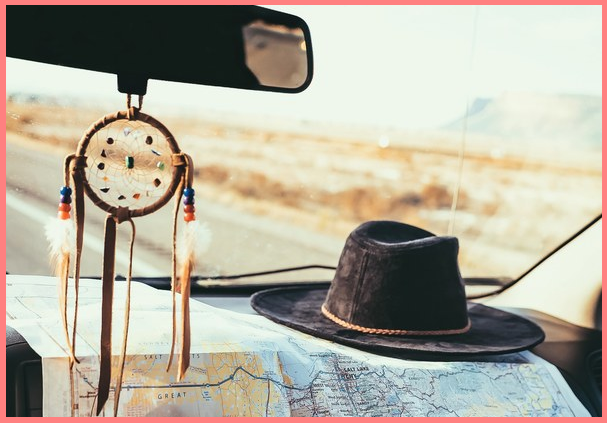 With so many destinations on my travel bucket list, Ohio was not in the running as my next vacation spot. I never imagined that I would take a road trip to Milford, Ohio of all places....and yet, I did. A few weeks ago, two of my friends were married in that small city. That meant hours and hours of driving to be there for the special occasion. Since it was quite far away, my husband and I decided to turn the road trip into a mini-getaway. We did a few touristy things along the way, attended the wedding, and visited an attraction on the way home. So, without further ado, here are some highlights from the trip.

Day One. We had a late start to the day and did not hit the road until four o'clock in the afternoon. Once we did? It was a full evening on the open road. By the time we reached our temporary destination, it was quite late at night. The hotel itself left a lot to be desired (and smelled of wet sneakers) but it was a place to rest our heads for a few hours....before all of the excitement the following day would bring. 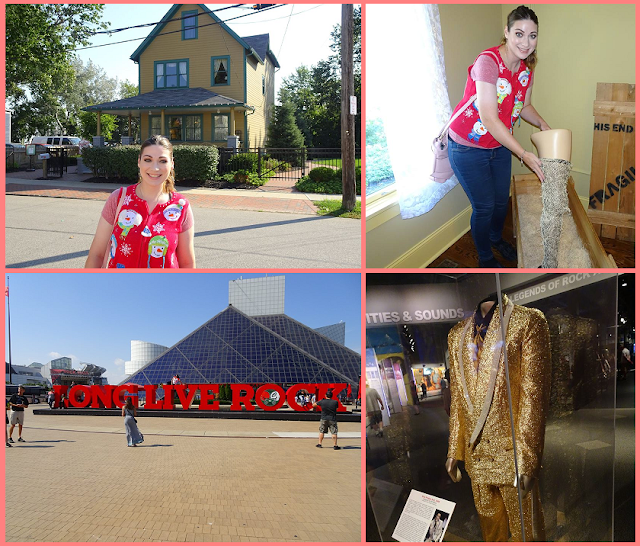 Day Two. This was easily the most thrilling day of the trip, for me anyway! We started off the day by driving to Cincinnati to visit A Christmas Story House and Museum. Now, if you have read my blog over the years, you may recall that A Christmas Story is one of my all-time favourite holiday movies. (It even made my top five holiday movies list!)  So, to see the iconic house on Cleveland Street was beyond exciting. It was a total dream come true. There was a massive gift shop, the house itself, and a museum full of props, articles, and costumes from the original film. I was like a kid in a candy store. During my time there, I took lots of pictures and videos...and I will be sharing that with all of you a little closer to the holiday season.

Immediately after visiting A Christmas Story house, we drove to the Rock n Roll Hall of Fame. It was huge and there was a ton of music memorabilia inside. We spent several hours there, just being amazed by all of the history. It was five floors of displays and information, but by far the main highlights for me included: the Elvis exhibit (featuring a sparkly gold suit), the Ricky Nelson items (plus all of the Ricky Nelson and Ozzie + Harriett stuff sold in the gift shop), the David Bowie outfits, and the KISS pinball machine. We had a lot of fun there - and probably could've spent even longer exploring - but there was more driving to be done. After a jam-packed day of excitement, we drove to Mason, Ohio, checked into the hotel, and went to dinner with my friends who were also in town to attend the wedding. 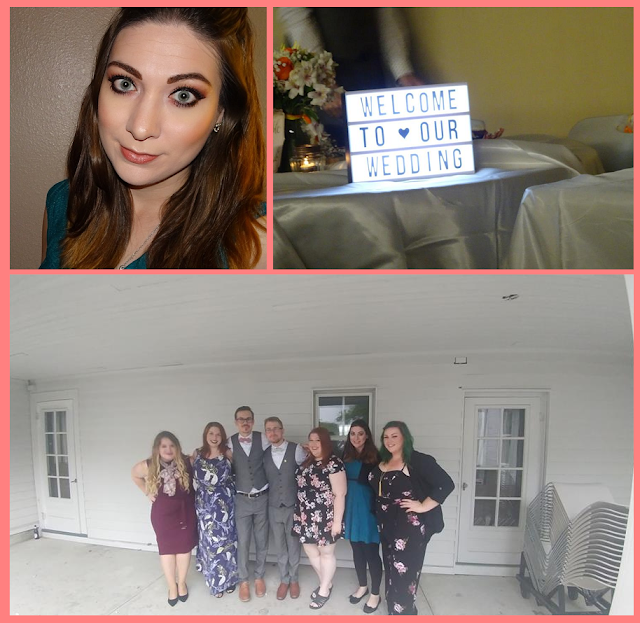 Day Three. After two days of travelling and sightseeing, it was finally time for the main purpose of the trip: the wedding. The morning was essentially spent getting ready (though we did go out and explore the town briefly and grab some food). Then it was time to drive to Milford for the wedding. Unfortunately, it was supposed to be an outdoor wedding but Mother Nature had other plans. So, inside it went, after a bit of a delay. The wedding itself was really beautiful and it was wonderful seeing two people so madly in love. I definitely teared up during the vows...they were so heartfelt. After the reception, we all met up to chat and hang out in one of the hotel rooms. It was a nice end to the day, for sure.

Day Four. We had intended to drive to Fort Wayne, Indiana the day after the wedding. However, we were completely and totally exhausted. It was a struggle to get moving that morning so we weren't able to make that stop off. Yes, change of plans! We then decided to visit the Toledo Zoo. (Because I really wanted to go to Toledo thanks to the John Denver song, "Saturday Night in Toledo Ohio.") So away we went! The drive was not exactly enjoyable and seemed to take forever. This was mostly because we were really tired from the road trip thus far. Though we did briefly stop of in Toledo, we didn't stay long. The city wasn't quite what we had envisioned, so we made the decision to keep driving. We made one more stop at a Wal-Mart in the middle of nowhere before crossing the border into Windsor for the evening. It was a pretty relaxed night after that, minus our quest to find Swiss Chalet for dinner. We weren't home yet but our vacation was quickly winding down. 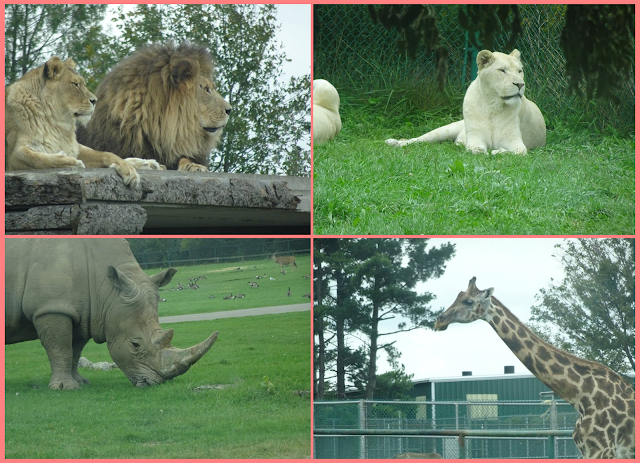 Day Five. The last day of the trip had arrived and I was feeling a little down. Mostly because we hadn't actually been able to do anything fun or vacation-y the day before. As a surprise, my husband decided we would pick up a bunch of brochures from a rest stop and choose somewhere to go. We wound up at African Lion Safari, a place we had both wanted to go for years. In a word? It was amazing. There was a safari of sorts that you drive your car through and animals are all around. We saw lions, monkeys, rhinos, giraffes, and so much more. They were so close and so beautiful. We had an incredible time there and would've loved to drive through again and again...but the park was closing shortly.

After the drive through the safari section, we quickly went through the rest of the park. That included a boat ride, seeing the elephants, and admiring the many birds they had in the park. It was wonderful - and we easily could've spent a full day there. Maybe next time. It was a great way to end our vacation. From there, it was a long drive home. We were exhausted but in good spirits.

So! That was a recap of my recent trip to Ohio. Though I'd never imagined going there, it ended up being an awful lot of fun.