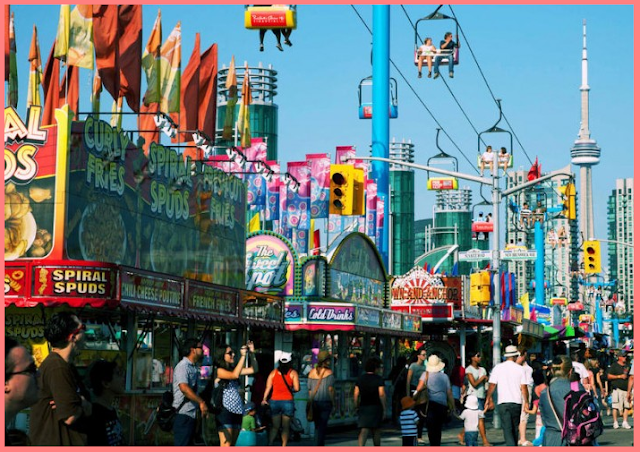 The CNE in all its glory!

It is hard to believe. Somehow? September is here. We are currently clinging to the last remaining days of summer....dreading the return of cool weather and rainy days. Or at least I am. It is always the same story though. The summer months zoom by and are over before they ever truly began. At least there are good memories to look back on. Like the CNE. The Ex is an annual tradition where I live. One that signals those last beautiful days of the season. Every year, people flock to check out the vendors, eat greasy food, watch live performances, and do some shopping. There is truly no better way to spend a day. At least in my opinion!

Last week my mom and I went down to the CNE to see a concert. So we decided to get up early and see as much as we could before the show. It started with some browsing of the many (many) vendors inside one of the buildings. Then we lined up and waited to see the Super Dogs show. It was so cute. The animals (and trainers) were very talented. From there we went immediately to see the ice skating show. It was fantastic. Especially since Canadian legend, Elvis Stojko was part of the performance. Honestly, I got a little bit emotional watching him skate. It made me think back to his time in the Olympic games - when every Canadian was beaming with pride. Definitely one of the highlights of the day. 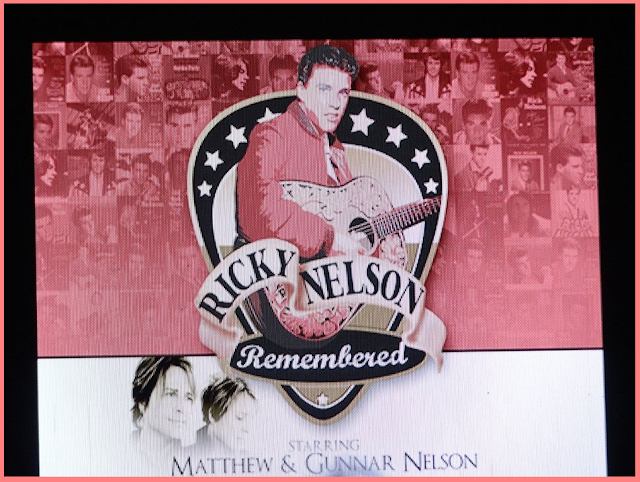 Afterward, we got some food, then continued on shopping. There were so many stores and vendors set up. It was a little overwhelming but we managed to score some great deals. In fact, I've already got items stashed away for upcoming birthdays and holidays. (Bargain shopping means buying presents way in advance sometimes!) The rest of the day went by really quickly. Before I knew it...it was time to head down to the Bandshell for the concert. Who was performing? Matthew and Gunnar Nelson in a tribute to the iconic Ricky Nelson..

I didn't know quite what to expect from the concert. This was my first time seeing a tribute show....but seeing as it featured Ricky's sons it seemed like a good place to start. Well, I had nothing to worry about. The evening went by in a flash. It was so much fun! They played many of his biggest hits (including my favourites, Travellin' Man and Garden Party), told personal stories about their childhood, and showed clips of Ricky's most iconic moments. It was a really wonderful celebration of his music and his life. Such a lovely evening. I only wish it had lasted longer! They had so many great songs to play - both Ricky's and their own. 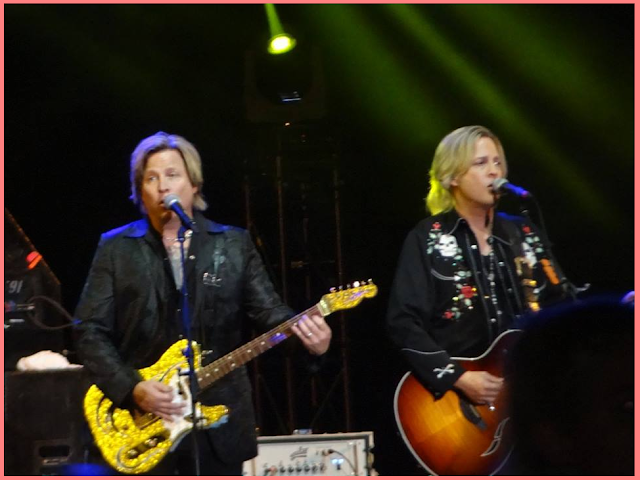 Matthew and Gunnar Nelson in action.

The day went by quickly but it was full of great moments. Spending time with my mom, seeing unique shows, and hearing fantastic music performed live. What could be better than that? One thing is for sure....we will definitely be returning next year. Fingers crossed it is just as much fun.

Have you ever been to the CNE? How will you celebrate the end of summer?