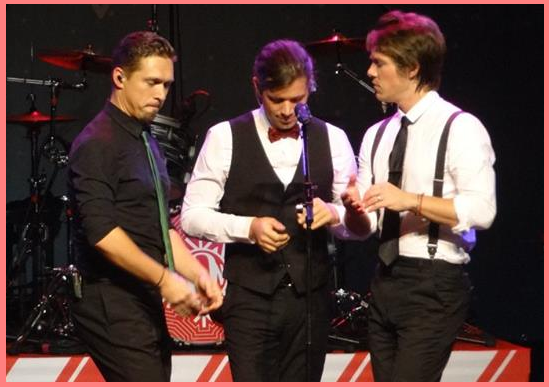 Hanson concerts rarely seem to go smoothly for me. The last time I saw them, there were transportation issues. This time? Ticket issues. Their sold-out show at the Queen Elizabeth Theatre was set to start at 8pm...however because it was a seated venue, one of my friends had bought the tickets so we could all sit together. There was traffic. Really bad traffic. She wasn't sure when she was going to get there. And my friend and I were left outside with no physical ticket to get inside. Our friend attempted to transfer the tickets to us to no avail. It required a print out copy rather than an e-ticket on our phones. That led to a bit of desperate begging at the box office. Thankfully, it worked! We got our tickets and were let into the over-crowded venue.

There were a few other snafus before we got to sit in our seats, however. My friend was not allowed to bring her point-and-shoot camera (that does not look like a point-and-shoot camera) into the theater and had to check it in. She was given no security tag or way to identify that the camera was hers. So that was a little nerve wracking, to say the least! Then there was the fact that there was no decent merchandise left to purchase. They had sold the large majority of it at the show the night before. (The show we attended was the first on sale but it sold-out so they added another concert, which happened to be the night before.) And the fact that they wouldn't let anyone into the theater for ages and made us all cram into a very small lobby in the meantime. Yikes. But finally, finally, we were allowed inside. 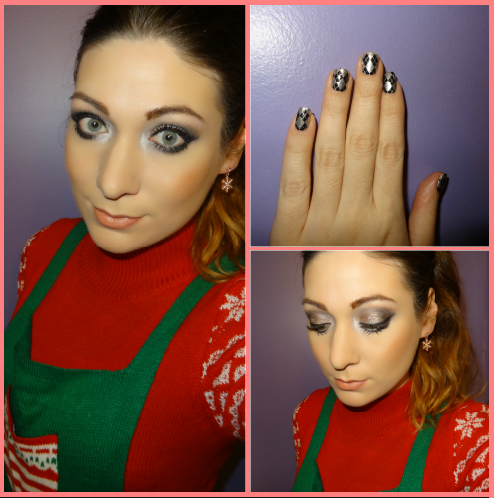 I was very much dressed the part for the event. Since it was a Christmas concert, I went all out, wearing sparkly silver makeup, a knitted holiday dress, snowflake earrings, and a tiny Santa hat for good measure. It felt good to be so festive! Other people in the crowd were dressed up for the holidays in varying degrees....so I was definitely not alone on the fashion front.

After all of the stress about getting into the venue in enough time to see the show, it started a half-hour late. Of course. But eventually they came on and played one heck of a show. The concert included a mix of songs from both of their Christmas albums, Snowed In and Finally It's Christmas. As a full-blown Christmas fanatic, this was ridiculously exciting. Not only was I hearing my favourite band perform holiday music....but these were songs that I'd been listening to on repeat for the last twenty years. Highlights included: At Christmas, Merry Christmas Baby, and Have Yourself a Merry Little Christmas. Though there were plenty of slow and mid-temp songs thrown into the mix, this was a high energy show. And it was exactly what I needed to kick-start the holiday season. 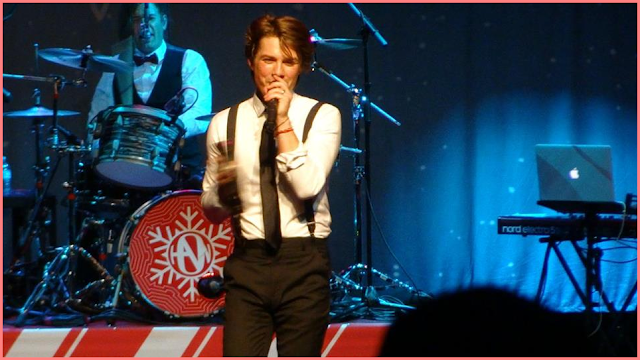 I left the concert venue on a high. It had been one of my all-time favourite Hanson concerts. And I have seen a lot of them! The night ended on a sour note (they didn't come out to greet fans after the show, though they had stayed out the night before to greet every single person) and I went home feeling kind of down. It has always been my dream to have a picture with a member of Hanson. Yet whenever I am actually able to wait post-show (I live in the middle of nowhere and transportation is always an issue)....they either don't come out or aren't taking pictures. Sigh. I guess I'll have to hold onto that dream for another day.

Despite the disappointing and stressful moments of the evening....the fantastic show is what I will remember most. It was a joy to see a band I love so much playing songs that have inspired me for most of my life. Christmastime is here!

Will you go to any Christmas concerts this year?