my disneyland trip: recap, photos, and experiencing disney during the holidays 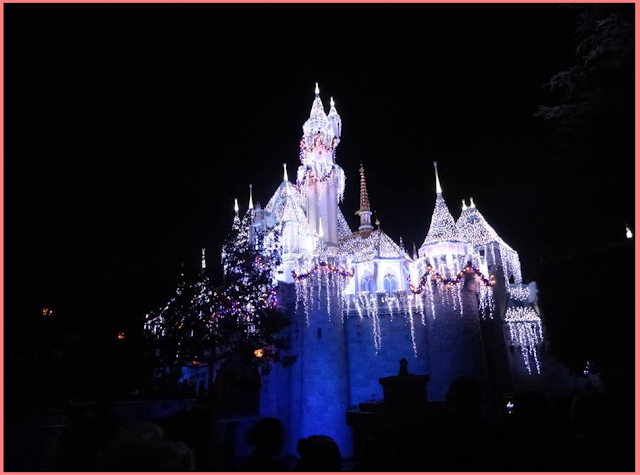 It has always been my dream to be at Disney during Christmas. Not on Christmas day (because I love family traditions) but just before, so the place is all lit up and decorated. Despite this being a long-time dream, I never actually thought it would happen. There is just so much to do during this time of year! But somehow....it happened. My mom, sister, and I flew to California to visit Disneyland in December. There were some highlights and some not so spectacular moments, but for the most part, it was a wonderful holiday getaway. 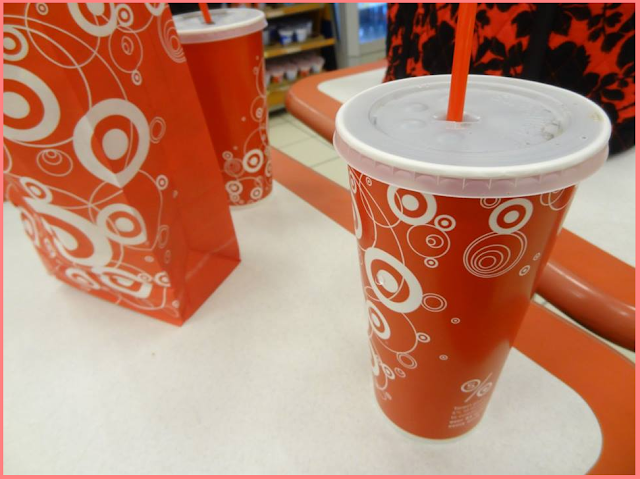 Day One: The trip started with just my mom and I - with my sister flying down a few days later. I was already feeling nervous about the flight when suddenly we noticed that multiple flights were being cancelled. Fifteen of them, to be exact! We were very concerned that our flight to LAX would be cancelled as well but thankfully, it wasn't. After five and a half hours in the air, we landed in California. Then it was an hour long bus ride to Anaheim (where Disneyland is located). After settling into the hotel, we took a cab to the nearest Target. Because I love Target. I founds some awesome t-shirts, some Elf pajama bottoms, and even a Target Christmas ornament. 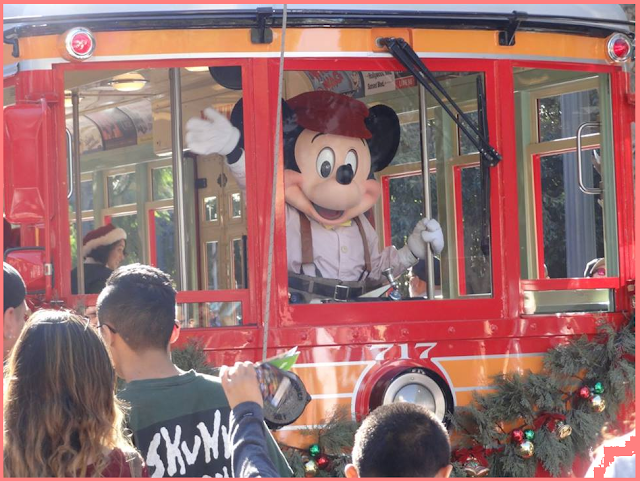 Day Two: Time for Disneyland! Our first day was spent in the California Adventure park, which is not my favourite, but there are some good rides in there. It was really nicely decorated, with a giant Christmas tree, a flying sleigh, lights everywhere, wreaths, and special holiday events like toy drummers and a parade featuring Elena of Avalor. Though navigating the park was a struggle (it is all uphill and downhill, which was difficult since I was pushing my mom in a wheelchair), we had a good day overall. Highlights include: meeting Oswald, the Coco section, going on the Mater ride in Cars Land, and eating a Cozy Cone ice cream with candy cane sprinkles on top. 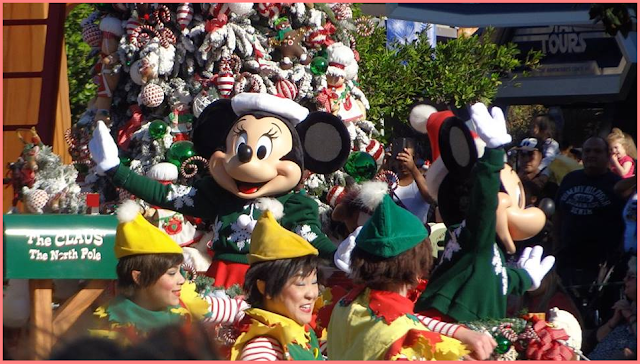 Day Three: Next up was our first day in the original Disneyland park. I was especially excited for this, because as a Disney fanatic, I kept thinking: Walt was here! There is so much history there, so it was definitely a thrilling idea. The park was even more beautifully decorated than California Adventure...with lights and decorations absolutely everywhere. With an even bigger Christmas tree! Plus, the castle was decorated to look festive and snowy. (It looked even better at night when it was all lit up.) We spent the day having fun but also struggling to navigate the park.

It was a million times harder getting around with my mom in a wheelchair (the park is not super accessible. From the size of the doorways to the bathrooms to the rides themselves. They really need to step it up) since every single ride had a different policy about how she would get on. Some had large enough queue lines for the chair to fit through. Others required you to go through the exit. Some I had to wait in line while my mom waited on the sidelines. Others had return times to hand out. There was no consistency and it really made it difficult to figure out what to do. I really wish Disneyland had clear signs, a consistent process, or more helpful staff members.

Despite all of the difficulty getting around Disneyland, we did have fun. Highlights include: going on the Christmas-themed version of It's a Small World (it was incredible and way better than the Disney World version), meeting Mickey and Minnie Mouse, the Christmas parade, and going to the Golden Horseshoe for lunch. 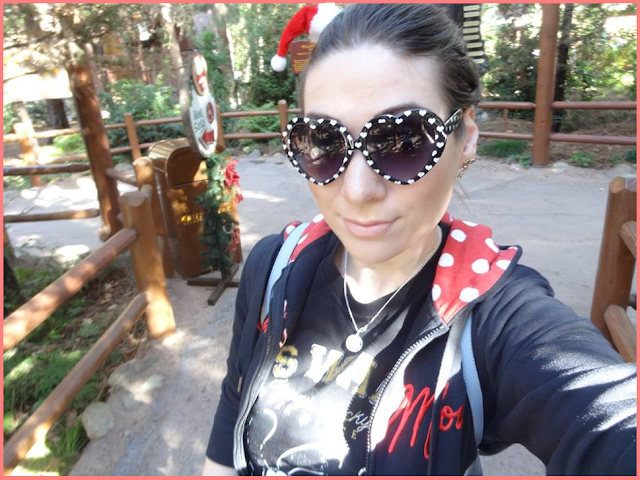 Day Four: Late the night before, my sister arrived on her flight. So she was with us for the remainder of the trip. This meant that I had some help pushing the wheelchair, which was great, because the chairs they had to rent were awful. They had these grooves on top of the handle that make it extremely painful after a little while. So it was good to give my hands a bit of a break. For my sister's first day at the parks, we chose to go to California Adventure. We did some things we hadn't on our previous trip there and repeated a few that we had.

Highlights included: the Toy Story mania ride (I achieved a personal best score), Grizzly Peak (simply because I hadn't been on it before), meeting Santa Claus, and the Cars ride in the mountain. 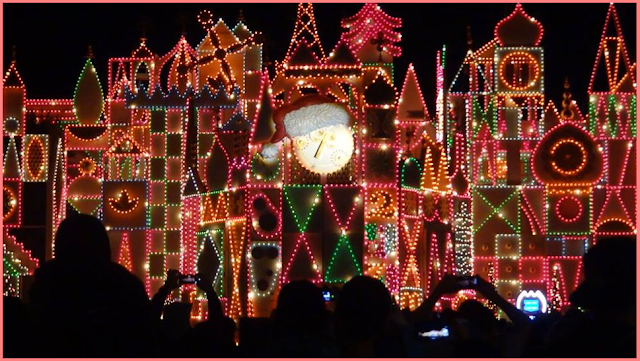 Day Five: Before I knew it, the trip was coming to an end. This was our last day to experience the magic of Disneyland. The day started off badly (our passes hadn't been scanned properly and my sister had to wait in line for ages to get them fixed so we could actually use the Fast Pass system) and ended badly (the fireworks were cancelled and my sister and I got stuck on the Indiana Jones ride, about thirty seconds in, so not only did we not get to see the ride but we were left in the ride vehicle for a half hour while our mom waited outside in her wheelchair. It was a super stressful experience) but the in between parts were mostly good.

We went on a bunch of rides, like the Matterhorn (which I didn't quite get the hype about), the Alice in Wonderland ride, Mr Toad's Wild Ride, and It's a Small World twice, among others. I sadly did not get to go on my all-time favourite ride, Peter Pan, as I had chosen to go on Indiana Jones instead. What a mistake! We also didn't make it on Pirates or Space Mountain because the crowds were seriously insane. I have never been to a Disney park where they were that bad. It was a little scary at times, especially because no one seemed to care if they walked in front of my mom's chair or anything. Sigh. But! There were highlights: going on It's a Small World at night (the lights were amazing), the Alice in Wonderland ride, and Buzz Lightyear.

After that, it was back to the hotel to pack, then under four hours of sleep, then off to the airport. The rest of the day was spent in the air and returning home. Though my Disneyland experience was a bit so-so (the organization there is really awful and nothing like Walt Disney World), it was wonderful to experience a bit of that Disney magic during the holidays.

Have you ever been to Disney during the Christmas season?