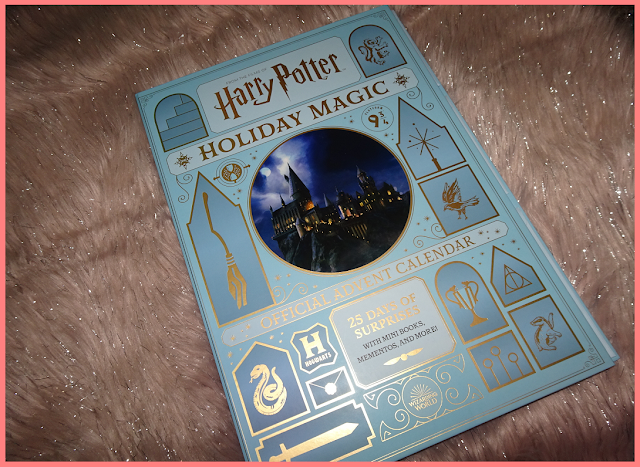 Any Harry Potter fans out there? I remember reading the first Harry Potter book when I was in elementary school. And then the second. They were compelling and immediately stood out from other books at the school library. The characters were interesting and there was this whole other world to imagine and explore. Several years later, the movies started to come out and the Harry Potter mania reached another level. Over the years, I have attended midnight movie screenings and book release parties. I have stayed up late reading page after page. I have purchased Harry Potter memorabilia, have attended Harry Potter themed events and theme parks....and that is only the tip of the iceberg. It really is such an important part of my life. I am always grateful for all of the magic and joy that the series has created. Which is why I was so thrilled when my husband surprised me with a 25 day Harry Potter Holiday Magic Official Advent Calendar. 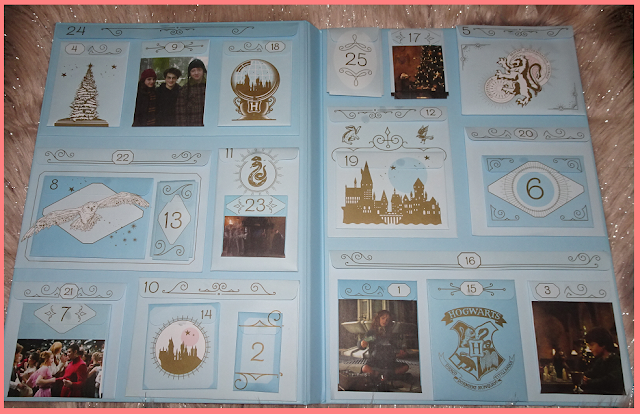 The calendar itself was really well done. It had a large book-like design and opened up to reveal lots of different envelopes. I love that there were pictures from the movie, pictures of the Hogwarts crest, and many other themed illustrations scattered throughout. The theme was consistent, cute, and added to the magic each and every day. Ready to take a look inside the Harry Potter Holiday Magic Official Advent Calendar? Here is a peek at what was included... 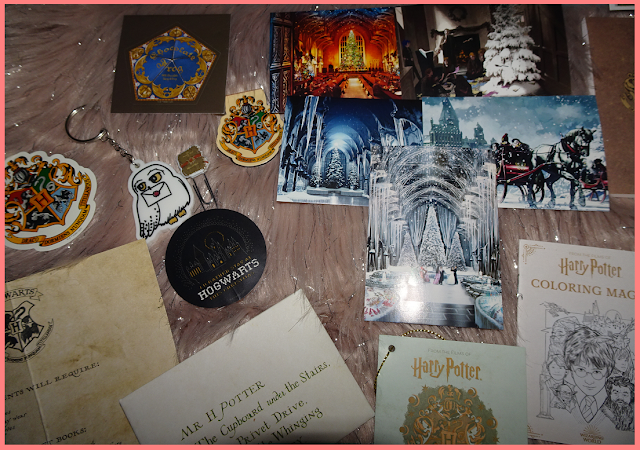 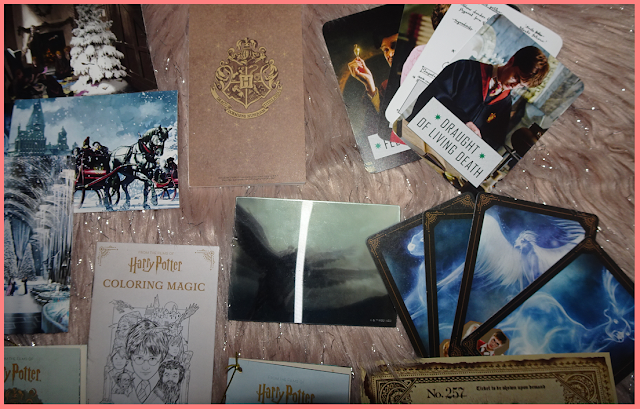 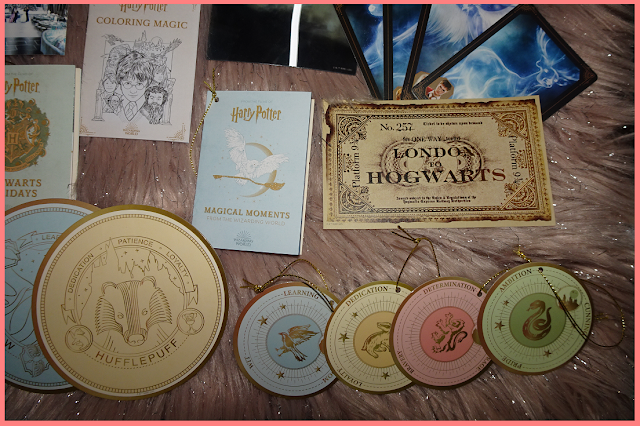 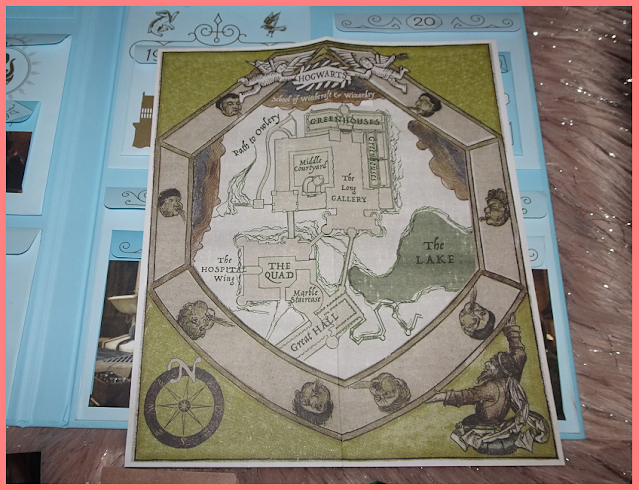 Phew! There was so much inside. Actually, that is not quite everything, because there were some holiday gift tags as well. (They were used this holiday season.) There were also five Harry Potter themed Christmas cards, which were also used. I honestly could not believe how much was actually inside the calendar. Certain days had four or five items inside. Even though most of the products were paper-based...it felt like a lot of care and thought went into curating the items inside. Not only were there multiple items on many days, but there was an impressive variety of items as well. Some practical, like paperclips, notepads, and bookmarks. Some ideal for Harry Potter movie lovers, like movie highlights and information on the special effects used. Some holiday themed, like the Christmas cards, holiday magic mini book, and prints of holiday illustrations.

There were also stickers, potion and spell cards, house themed coasters, a full map of Hogwarts, a Platform 9 3/4 train ticket, a little colouring book, a door hanger, an adorable Hedwig keychain, and best of all...a tiny little Hogwarts letter. The latter was absolutely my favourite thing from the advent calendar. It made me so happy to open the advent door and see that little letter inside. Everything was so well done and so thoughtful. This really is the perfect advent calendar for a Harry Potter fan. And since I am such a huge fan of the books and the movies, having something fun and Harry Potter themed every single day leading up to Christmas was really special. I loved it. If only there were advent calendars for every month of the year! Until that happens....I will continue to enjoy everything that was inside this fabulous Harry Potter advent calendar.

Need a little more Harry Potter content? Then be sure to head over to my YouTube channel. The latest video is all about a Harry Potter themed candle. It is a Hufflepuff candle review and reveal from Charmed Aroma.

Harry Potter has been part of my life for a very long time. It is so special to me and I am extremely grateful that the month of December was filled with lots and lots of wonderful Harry Potter themed items. Nothing could be better!
Are you a fan of Harry Potter? Did you have any advent calendars this holiday season?