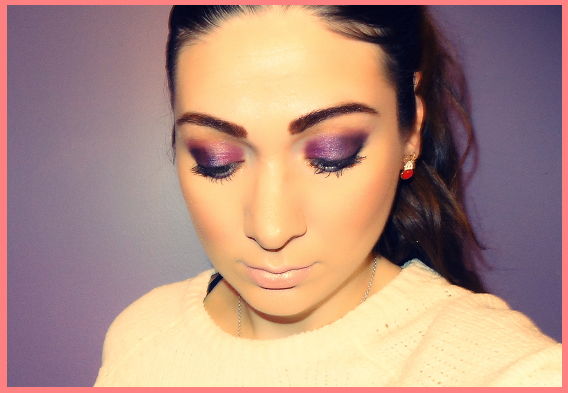 As you can see from the picture above, this look was all about colour. I too the purple from Clara's dress, the pink from the Sugarplum Fairy, and the gold from the Nutcracker and combined them together to create a colourful and glowing makeup look. For the eyes, I used a combination of purple eyeshadows. A medium toned purple on the inner half of the lid and a deeper purple on the outer half of the lid. I blended out the edges using a warm brown shade then finished off the look with a bit of eyeliner and mascara.

For the cheeks, I opted for a candy pink blush shade and added that directly to the apples of the cheeks. For a little extra vibrancy, I layered a coral blush on as well. To bring in the golden highlight that the Nutcracker wore, I used a gold-toned highlight. (Which came from the new Too Faced holiday set. Read my review about it here.) I applied it on top of the cheekbones, on the tip of my nose, underneath the brow bone, in the inner corner of my eyes, and along the cupids bow. It was the perfect finishing touch to this candy coloured look. The lips were all about simplicity. I used a lip gloss with flecks of gold and layered on a gold glitter top coat for an extra dose of magic. 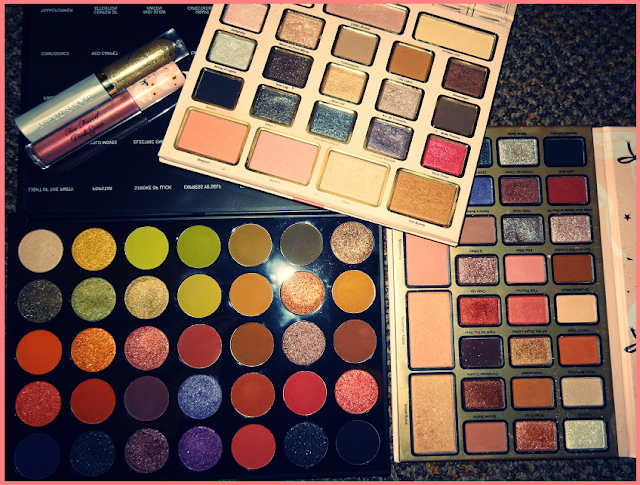 Movies like the Nutcracker and the Four Realms are definitely getting me excited about the holiday season. I just loved the colours and the characters featured in the film. They certainly have been inspiring my makeup lately, if nothing else.

Do you like this makeup look? Have you seen Nutcracker and the Four Realms?