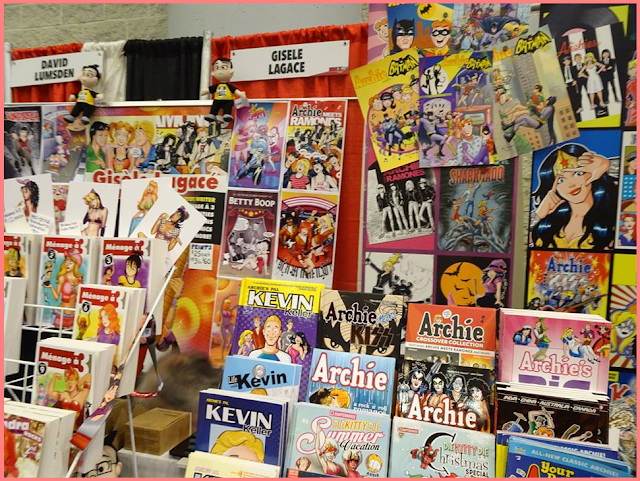 It was a little overwhelming. Though I had long wondered what it would be like to attend Fan Expo Canada, my experience was nothing like I thought it would be. Sure, I'd envisioned lots of people, celebrities, and people dressed in elaborate costumes. But nothing could prepare me for the sheer insanity of it all. Recently, my husband and I took the plunge and spent the Sunday of the Labour Day weekend checking out Fan Expo Canada 2018. The moment we entered the building, it was chaos. There were people everywhere, Funko pop figures lining shelf after shelf, and a full schedule of guests, appearances, and everything in between. It was a crazy and wonderful way to celebrate the end of summer. 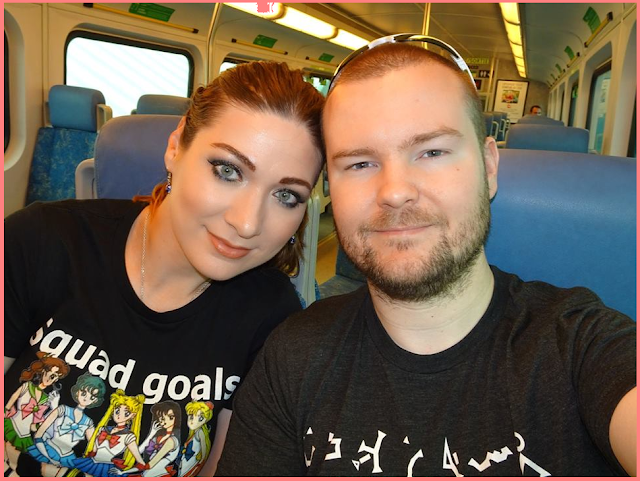 It all started early in the morning. The alarm went off at 6:30 and it was time for me to start getting ready. (I wore a Squad Goals shirt with the Sailor Moon characters. My husband wore a Stargate t-shirt.) For makeup, I went with shades of blue and lots of white glitter. Though I'd planned to curl my hair, I somehow managed to run out of time, so it was my trusty ponytail instead! Before long, we were on the train headed down to the convention centre. We waited in a very long line to get into the event, but thankfully, it moved quickly. Once we were inside, we spent some time wandering some of the shops and vendors in the north building.

Then I saw the line to meet Rose McIver. (Who you may know from the amazing iZombie or the Netflix movie, A Christmas Prince.) Though I had debated before the expo about meeting her because of the cost, once I was there, I simply had to. Honestly? I am so glad that I made that choice. We waited for about twenty minutes and then finally we were at the front of the line. I spent $80 for an autograph and a cell phone picture with her...which is a lot. Thankfully, she was wonderful. She took time with each person, was so sweet, and really went out of her way to make the experience a positive one. We talked about A Christmas Prince 2 (which is coming out in November!) and she complimented me on my shirt. I was super nervous but did my best to control my nerves. All in all, it was a great time. 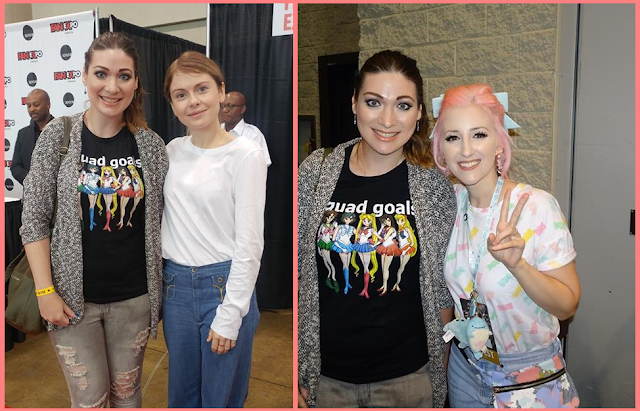 Later on in the day, I met another celebrity that I admire. She is a YouTuber and runs albinwhisperland, an ASMR channel that focuses mainly on things like Polly Pockets, Sailor Moon, Pusheen, and other such interests. She was running an artist booth and I intended to buy something from her....but I got so nervous that I forgot! I talked to her briefly and asked for a picture. Beyond that, I was just not thinking all that clearly. But it was wonderful to meet someone that I love watching. Someone else I met was Jim Cummings, the voice of Winnie the Pooh and Tigger. AMAZING. I was able to thank him for being such a big part of my childhood and told him how much I loved Christopher Robin. It was a true honour to meet such a Disney icon.

My husband also met Richard Dean Anderson and Joe Flanigan. He had purchased photo ops (which are professional photos with each of them) and also got their autographs earlier in the day. Richard Dean Anderson was really funny, really nice, and very personable. We had a good time meeting him, for sure! Other than that, our day was spent wandering the many vendors and exploring everything the expo had to offer. Though there were a lot of special events, like Q & A sessions and presentations...we weren't able to check them out due to time constraints. But it was a fun day. Busy, expensive, tiring, but also a lot of fun.

Want to see some of the items and autographs I purchased during Fan Expo Canada? Then take a look at my latest YouTube video....

Fan Expo Canada was the perfect way to wave so long to the season. It was an exciting experience that I will remember long after summer fades to fall.

Have you ever gone to a fan convention? Would you ever?