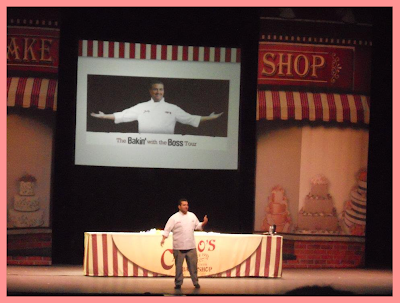 In the midst of my busy, stressed out life, I made time for one important day. On Monday, I went to a book signing by Buddy Valastro (The Cake Boss!) and also took in his show that same evening. My mom had bought the tickets for the show months ago, so it was exciting for the day to finally arrive.

My friend got me into Cake Boss when we went on a random mini 'camping' trip. I ended up watching several hours of Cake Boss on TLC, and it became an addiction. So when I heard about the book signing, I knew I needed to meet Buddy. My mom and I headed down to the bookstore insanely early. There was a massive line outside in the freezing cold and I immediately panicked. Until learning that Bill Clinton was also there that day. We got to go right on inside and get in line for Buddy's book signing. Not too shabby! 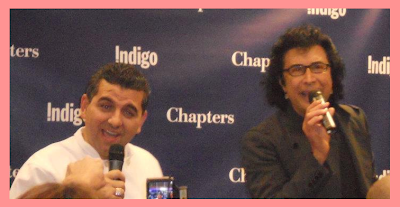 Opening the book signing, was a performance of "Sugar Sugar" (the theme song to Cake Boss) by Andy Kim, that Buddy joined in on. Then it was time for the signing! When my moment with Buddy came, I got really nervous. (I get so starstruck!) But he was really nice! He asked me how old I was, and I told him, and then proceeded to tell him to say hello to Cousin Anthony for me. Buddy then told me he would hook us up! 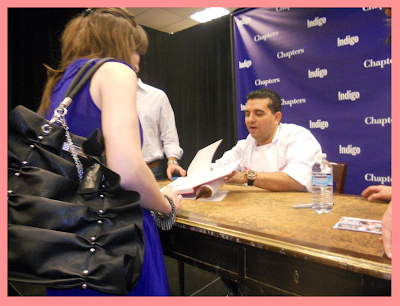 Buddy was really nice and I had a lot of fun! My mom and I spent the rest of the day Christmas shopping before Buddy's show. The show itself was amazing! Buddy talked about his life, family and career, and there were a bunch of really funny decorating challenges with people from the audience. I had a blast!

What is the last really great show you went to?

Posted by the creation of beauty is art. at 8:03 PM

Email ThisBlogThis!Share to TwitterShare to FacebookShare to Pinterest
Labels: celebrity, event, other, personal