Coca Cola is one of the most recognizable and well-known brands in the world. So, when I stumbled across a Coca Cola themed eyeshadow palette? There was no question. It needed to come home with me. Not only was the concept itself intriguing but it was also a collaboration with Morphe (a brand that has been part of my makeup collection for quite a while). I couldn't wait to put the themed colours to the test. Curious about this unexpected release? Want to see inside? Keep reading for a full review, video, and makeup look featuring the Coca Cola x Morphe Eyeshadow Palette. 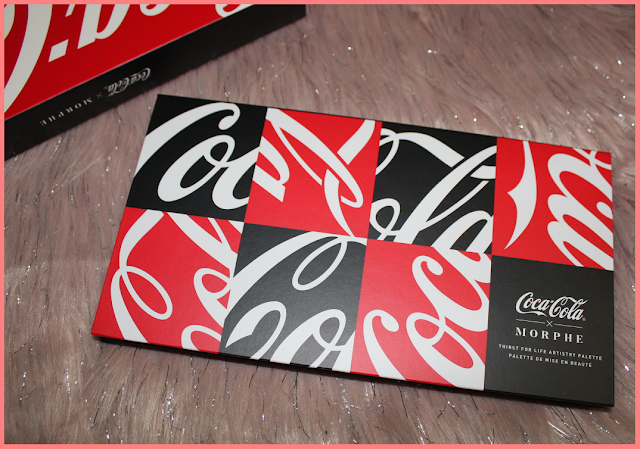 When it comes to the packaging, this is simple and straightforward. It is a medium-sized palette made from sturdy cardboard. There is also a magnetic closure and a large mirror inside. Nothing overly unique but it certainly serves its purpose! The front of the palette has the Coca Cola logo printed in red, white, and black. It looks aesthetically pleasing and certainly ties into the Coke theme. Once you actually open up the palette, there is a clear plastic sheet with the shade names printed on top. I'm fairly certain I have mentioned this before...but I hate those clear plastic sheets. Loathe and detest. They are so frustrating! It immediately cheapens the palette. All it says to me is that the brand was too cheap to have the names either printed inside or printed on the back. Typically, I toss the clear plastic sheet away because it is an unnecessary nuisance, but the shade names for this particular palette are so thoughtful and well-themed. It seems a shame that they make them seem so disposable. 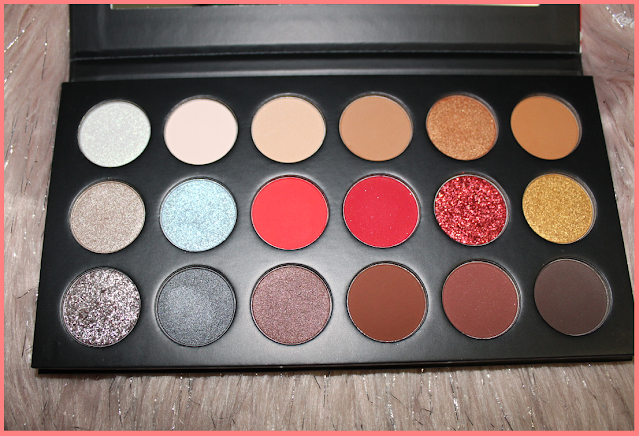 Now for the shades themselves. These are so perfectly themed! Especially those red colours. (What would a Coca Cola eyeshadow palette be without some red?) There are also some blue-ish shades, lots of glitters, and some warm browns and bronze shades. This has a little bit of everything. There are glitters, shimmers, and mattes. There are blending shades, pops of colour, and deeper tones to create a smokey eye look. In terms of versatility? The Coca Cola palette checks all the boxes. The names of the eyeshadow shades themselves are also spot on. Though it is a real misstep that the shade names aren't printed on the packaging somewhere....the actual names are great. Some examples include: Fizz, Bubble Up, Good in Red, and Refreshing. Definitely on brand! As a Coca Cola lover (not only do my husband and I collect Coke-themed items, but I was also able to visit The World of Coca Cola a few years back) this eyeshadow palette is a lot of fun.

How do the eyeshadows perform? It's a mixture. Most of the textures are really smooth and the shades have a wonderful amount of pigmentation. The shimmer shades in particular perform well. They are richly pigmented and apply effortlessly. The mattes blend nicely and have an impressive amount of colour payoff. Then there are two chunky glitter shades that are rougher and require a glitter glue to adhere properly. A normal eyeshadow primer isn't enough! So be extra careful during application. There are also a couple of shades that appear to be a specific colour (Cool Story and Fizz) but are actually just glitter. They also require a glitter glue to stay where you want them to. 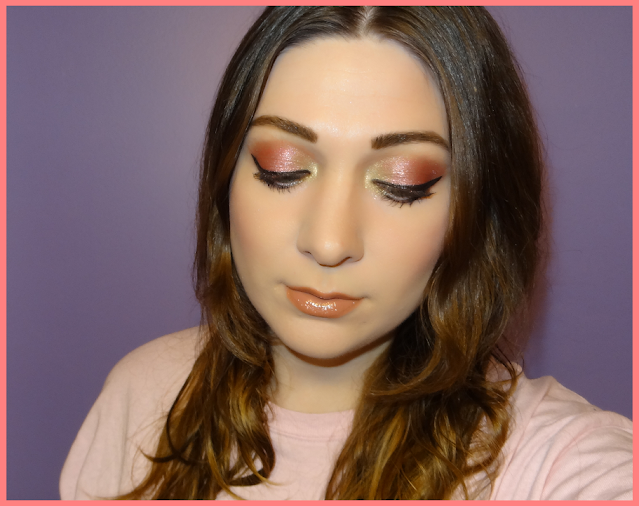 With the makeup look shown above, I wanted to make use of those shimmers and glitters as much as possible. I started with The Real Thing (light matte brown) through the crease. Then I applied some of Good In Red (deep red) on the outer portion of the lid. To add in some shimmer, it was Awaken (a medium bronze shade) layered over top for a little extra oomph. Then a mixture of Add Life (golden shimmer) and Fizz (white shimmer) in the inner corner area for lots and lots of sparkle. Some liner and mascara finished off the eyes. On the cheeks, I used a Too Faced blush and my favourite Stila lip gloss.

Want to see the Coca Cola x Morphe eyeshadow palette in action? My latest YouTube video is a first impressions makeup look that is ultra icy and glittery. Take a look and be sure to subscribe for weekly uploads.

Overall, there is a lot to love about this Coca Cola x Morphe eyeshadow palette. There are many beautiful eyeshadow shades to choose from...and the theme was wonderfully executed. However, there were certainly some missed opportunities in the details. If the names had been printed on the palette and a little extra attention had been given to those glitter shades, this could've been a slam dunk. As is, the palette would best be described as enjoyable.
Rating: 3.5 / 5
Have you tried this eyeshadow palette? What did you think of it?