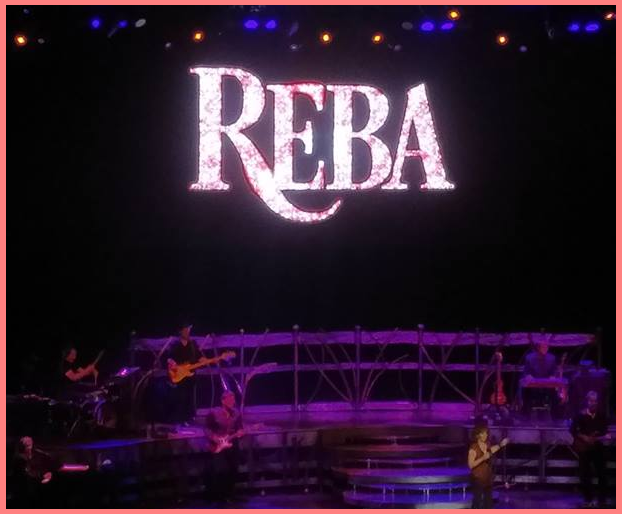 Concerts are always a thrilling experience. In my lifetime, I have gone to more live shows than I can count (or remember) simply because they take me to my happy place. There is nothing so wonderful as feeling the beat of the music thumping through your body....or losing yourself completely in the lyrics and emotions of a special song. Luckily, I have been able to see a few shows this summer, with more coming up in the months ahead. The most recent show I attended was Reba McEntire. To make the most of the occasion, my hair, makeup, and outfit was full blown country inspired.

Whenever I head out to see a show, I like to dress the part. That might mean putting on a nice dress if the venue is at a theater or wearing an outfit inspired by the genre of music. For instance, in the past I have worn lots of dark makeup and punk-pop pieces to see Simple Plan and Good Charlotte. This time? It was a classic country look for the queen of country herself, Reba McEntire. An awful lot of thought went into this ensemble. While there are many different types of country looks, I was pretty eager to create something that was almost 80s country inspired, which meant denim on denim on denim. Throw in a bit of fringe and I was all set to go! Here are a few pictures of my concert look. 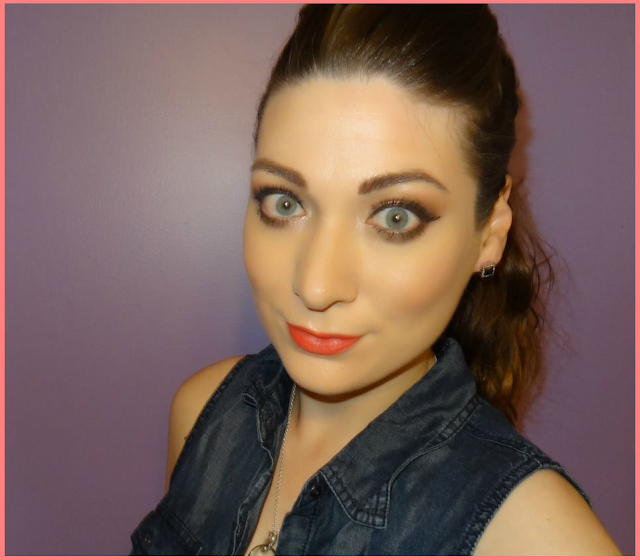 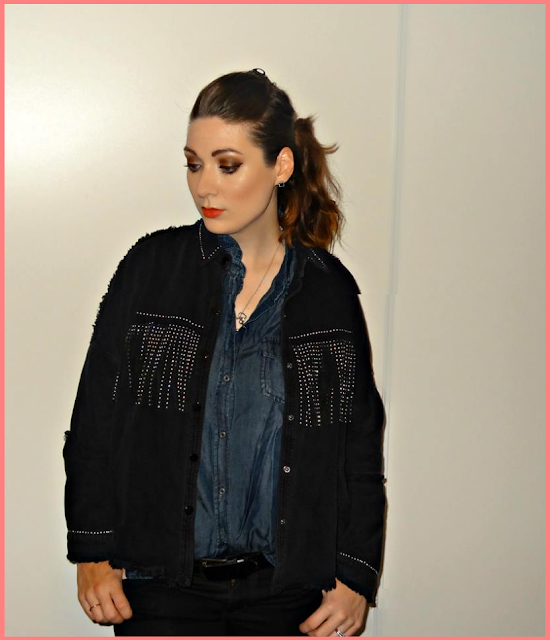 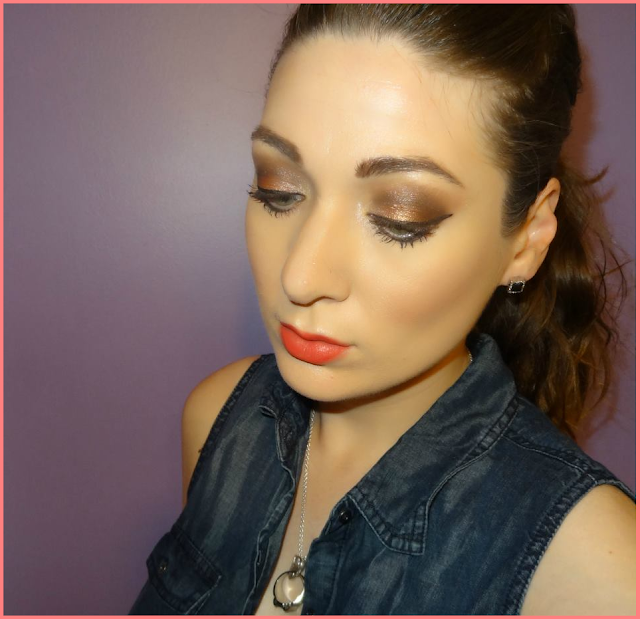 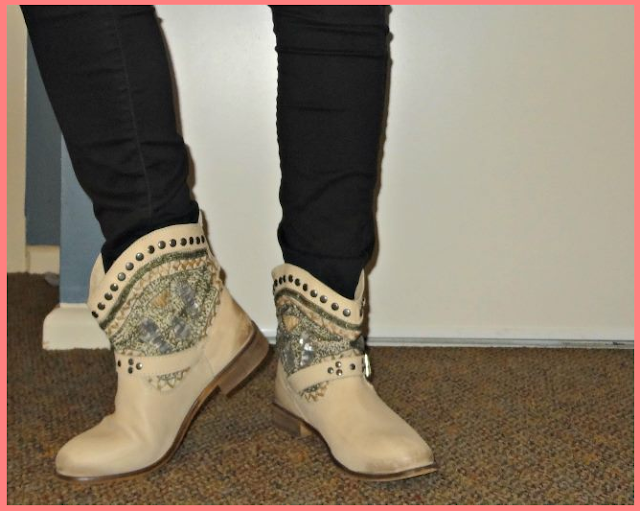 When it came to the hair, I honestly wasn't sure what I was going to do with it. At first I thought....big curls! (I was thinking, like old-school Reba type of big curls.) Once I put the outfit together though, I quickly figured out that it wasn't going to look quite right. So I opted for lots of volume on top and a curly ponytail instead. Then it was a denim button down tank shirt from Buffalo, a pair of black jeans from Joe Fresh, and of course, that amazing fringe jacket rom Zara. It is black, has lots of fringe, studs, and fraying all over, adding a contemporary feel to a classic country style.

To finish off the outfit was a pair of studded and sequined cowboy boots. While there are actually quite a few different styles in my shoe collection, these are by far my favourites. As for makeup, I kept it pretty simple. I used my Too Faced Grand Hotel Cafe set to blend browns and golds together, my Too Faced pen liner, a NARS blush duo on the cheeks, and then finished it all off with a red liquid lipstick from Hard Candy. Overall, I was happy with the finished look and by the time I left for the show, I was ridiculously excited for the night ahead. 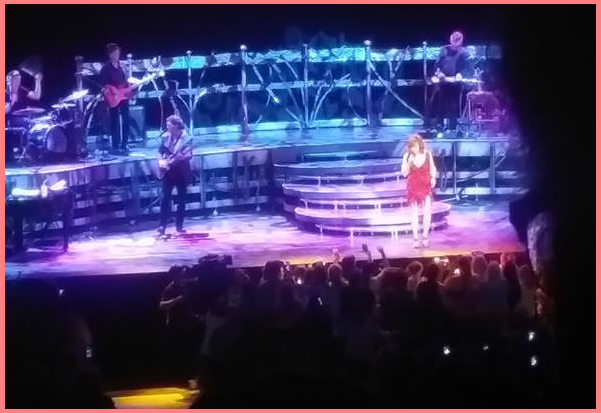 Unfortunately, I don't have great pictures from the concert itself. (Normally that venue doesn't allow cameras at all but they were pretty lax with the rules this time!) However, not taking pictures gave me more time to really sit back and enjoy every moment. The set list was varied with a mixture of older number ones, upbeat songs, ballads, newer releases, and even some personal stories. I really enjoyed it! This was my first time seeing Reba in concert and it did not disappoint. She sounded amazing, her costumes were gorgeous, and her band was incredibly talented.

Some highlights for me included her newer single, "Back to God," along with stellar songs like, "Whoever's In New England," "Going Out Like That," and "I'm a Survivor." The latter was especially fun because it included an intro video with the actress who played Barbra Jean on the television show, Reba. It was so funny and it felt like we were all in an episode of the show for a few minutes! Such a fun addition. Reba is talent, charismatic, and truly one of the greats. It was an honour to see her perform.

Have you gone to any concerts lately? What do you think of this #OOTD?