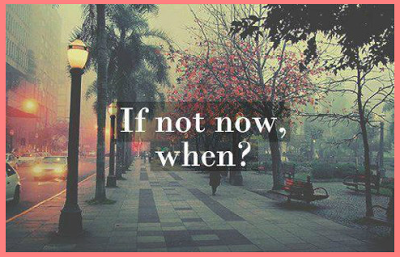 We are just getting into 2013. I find myself looking forward to what 2013 has to offer, but also looking back at how much has changed over the past year. The wonderful Cami, over at CamiGMakeup4u2C recently posted a 2012 reflections tag. I thought this tag would be a great way for me to reflect upon the year that has passed. So, here goes!


2. What was your favourite post that you wrote this year? Why?
My favourite post from this year was easily my interview with Scott MacIntyre. I know I have talked about this a lot in previous posts, but it truly was a personal and professional honour to speak with him about his book, "By Faith, Not By Sight." I am such a huge fan of his. This will always be an experience that I cherish. (You can read the interview here!)

3. What was your favourite new product in 2012?
Oh this is an easy one for me! This year I absolutely fell in love with Benefit's They're Real! mascara. I have always been a massive fan of Dior's Diorshow mascara, but the moment I tried They're Real! I was hooked. I love how dramatic and bold it makes my lashes look.

One new thing I am glad that I tried in 2012 is applying for freelance writing jobs. Before that, I was mainly focusing on internships, but in 2012 I finally felt that I was ready and worthy of being paid for my writing.


5. What is the most important lesson you learned in 2012?
That dream really are possible. 2012 was definitely a year of accomplished dreams for me - I fell in love...real love, and I worked hard every single day to get closer to my goals. This year, I learned that I can have the life I have always dreamed of with persistence and hope.

6. What was the best movie of 2012?
What a hard question! I saw a ton of movies this year. Some I loved and some not so much. I am going to say...The Perks of Being a Wallflower. That movie just connected so deeply with me. The writing was incredible and the actors all did a fantastic job of bringing those characters to life. I was so moved by that film.

7. What was the best song of 2012?
Yet another difficult question. I listen to a lot of music. A lot. It's hard for me to pick a favourite song for the year. So, I am going to cheat and say: Your Body by Christina Aguilera, Beauty and a Beat by Justin Bieber, Rabbits by Our Lady Peace, annnnnnd ..... Last First Kiss by One Direction.

8. Best TV Show?
This year I started watching Storage Wars and Pawn Stars with my boyfriend....I actually have quite the Pawn Stars addiction now! That, Gossip Girl, Drop Dead Diva and X-Factor have been favourites.

9. What one product do you hope someone releases in 2013?
Anything Audrey Hepburn that I don't already have. An Audrey Hepburn perfume or something! That would be pretty much fantastic.

Email ThisBlogThis!Share to TwitterShare to FacebookShare to Pinterest
Labels: fashion, makeup, other, personal