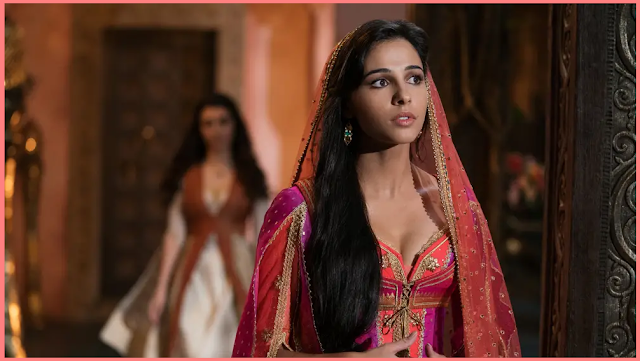 Aladdin inspired me. A lot. Recently, I saw the live action remake and it took my breath away. There were incredible visuals, a touching love story, and of course, magical musical numbers. However, I was most inspired by Jasmine. By her costumes, accessories, makeup, changes to the character...and most of all, her song, "Speechless." Yes, I was left feeling inspired by everything Jasmine. That is why my post today is dedicated to this incredible character. To start, I decided to recreate one of her makeup looks from the film. Though I am no Naomi Scott (and no Disney makeup artist), I simply could not get that glamorous gold look out of my mind. After a healthy dose of makeup inspiration, I will be sharing my favourite song from the film - and discussing how it motivated me to take action.

First thing is first: that fabulous makeup. Throughout the film, I could not stop admiring the beautiful makeup. With a warm golden eye and a peach-toned lip, the look (shown above) is effortlessly glamorous. I love how simple it is - and the fact that it still makes a statement. As I mentioned earlier in this post, I am no Naomi Scott....but I decided to put my own spin on this oh-so-inspiring movie makeup look. To put it all together, I used The Wants palette from Makeup Revolution London, the Butter Collection set from Physician's Formula, Annabelle's Kohl eyeliner, the Super Sizer mascara from Cover Girl, and Hard Candy's Velvet Mousse in Buttercup. 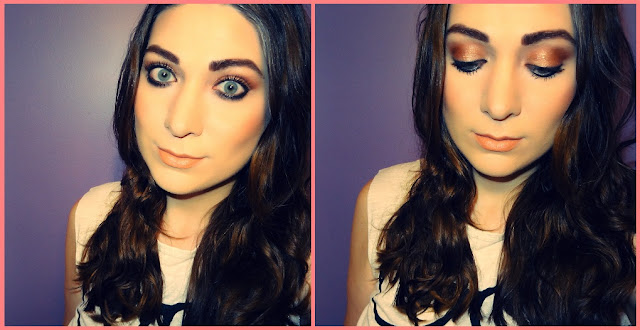 To create this look, I applied a warm brown through the crease and blended it out with a soft cream shade. Then it was gold all over the lids. I used a pencil liner along the upper lash line and applied it heavier along the lash line and finished it off with a coat of mascara. On the cheeks was a mixture of the bronzer and blush from the Physician's Formula set. Then Buttercup on the lips finished off this glamorous and gold Jasmine-inspired makeup look.


If you do one thing today, take a listen to the song, "Speechless." Though I loved the entire Aladdin movie...this was without a doubt my favourite part of the film. This song is powerful. Meaningful. Inspirational. Though all of the lyrics are incredible, I wanted to share a few of them with you. These are the ones that stuck with me during a difficult experience.

Written in stone, every rule, every word
Centuries old and unbending
Stay in your place, better seen and not heard
Well, now that story's ending
....
I won't be silenced
You can't keep me quiet
Won't tremble when you try it
All I know is I won't go speechless.

Pretty incredible, right? The song is truly a masterpiece. And in fact, it inspired me to use my voice recently. A couple of weeks ago, I got a notification from Twitter. (You know those annoying ones that pop up on your phone. The "highlight" ones.) It was from a former American Idol contestant that I have been a fan of for a very long time. I rarely check Twitter so I hadn't seen the sorts of things this person had been posting. Unfortunately, the "highlight" was a tweet  so disgusting, so horrifying, I knew in my gut I could not go speechless. Now, I never tweet. Like, ever. With the exception of sharing my blog posts or YouTube videos on the creation of beauty is art. Twitter account...I do not tweet. In fact, I even went back and deleted all my old tweets from a personal Twitter account because I didn't like the direction Twitter was going. Trolls, trolls, and more trolls. So, I do not like to tweet and have a general rule to stay out of anything that may cause conflict.


But I couldn't be speechless. I couldn't listen to this song all day every day and not use my voice.


So, I responded and respectfully let that person know that I could no longer support them, given their tweet. That American Idol alum replied, criticizing me for punishing him with consequences - in addition to saying untrue and hurtful things about me. I answered that he had proven my decision was the correct one, then blocked him. He continued to tweet disgusting things at me as did many of his fans. I was hurt. This was a person I had listened to over and over again for years. Someone I thought I cared about. Suddenly, I saw who he really was: a hateful misogynist. As the hate kept coming, I made good use of that block button and reminded myself that it was good that I had used my voice. That despite the cruelty coming my way....I had expressed myself clearly, respectfully, and with dignity.


The next day, I decided to use my voice again. I wrote an article about the harmful tweets he had been posting over the last several months and submitted it to a popular celebrity website. It was posted. Suddenly, my original tweet was getting tons of likes and other people were calling him out for his hateful views. There were hundreds of comments on the article I wrote. He lost followers. He had to face the consequences of his actions. Even though this may be a small moment in the grand scheme of things....the song, "Speechless" inspired me to use my voice and stand up for what is right. The song inspired me to stop hiding and to stop letting the loudest voices be the only voices.


On that note, I wanted to share a couple of links to organizations that can always use support. I like to donate to Planned Parenthood whenever I am able and plan to donate to the National Organization for Women (or NOW). If you are looking for somewhere to donate or offer support....these are wonderful places to start.


How will you use your voice to create change?