vegas is the answer, no matter the question. 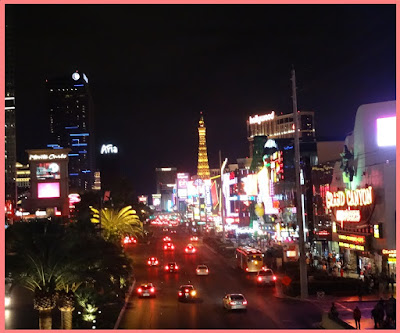 It's amazing how much can happen in the span of a week. As you know, I recently took a trip to Las Vegas with my mom. We went to go see some of the shows, soak up the sun, and do a bit of shopping. And that is exactly what we did! It was an awful lot of fun...but pretty tiring by the end of it. So, what happened? How was it? And what did I see? This is my mini recap of my Las Vegas trip.

Day one was pretty uneventful. Our flight got us there mid-day so we explored the hotel, grabbed some food, watched TV, and went to sleep. The next day was a big one. Easily the most important, so we wanted to be well rested. What happened the next day? Well we spent most of it shopping at Ross For Less and Marshalls (I love great deals on cute clothes!)......before getting ready to go see Donny and Marie. This was the primary reason for the trip. At least in my mind. 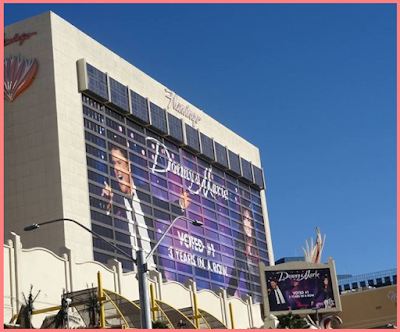 We spent hours primping and preparing for the concert. Then took the bus to the Flamingo hotel. The concert was incredible. I was front row. And by front row I mean I was literally touching the stage. It was crazy! Donny and Marie were beyond amazing. They sounded great, had so much energy, and played some of my favourite songs. Even a few new ones! The coolest thing? Donny touched my hand twice during the concert.....oh and took my wallet. No joke.

My purse was on the table in front of me and he reached down, picked up my bag, took out my wallet, and grabbed all my cash. He returned my purse and put my money in his pocket. For a moment I thought, is he going to give it back? This thought continued as more than one song finished without mention of my cash. Eventually he came and returned it - and then sang a song to me. To say the concert experience was surreal would be a massive understatement. Donny and Marie said my name on stage in Las Vegas. Crazy, crazy, crazy. 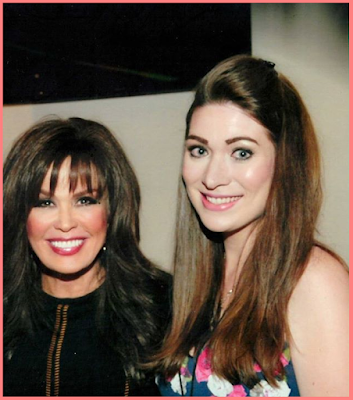 After the concert came the meet and greet. Honestly? I was a nervous wreck. I was so scared that I would say the wrong thing....or say nothing at all. We waited with about fifty other people in the meet and greet room until it was our turn. You met Donny and Marie separately at the event. So we saw Marie first. She was so lovely, sweet, and genuine. She really treated you like a person and not just a fan. My mom and I were blown away by her kindness. I told her how much her CD, I Can Do This, has meant to me and she seemed so touched by that. It felt good to let her know how much I admire her. Meeting Marie was a total dream come true. By far the best part of the whole trip. 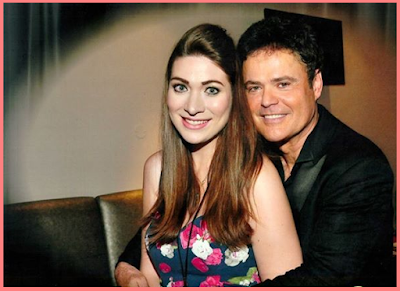 Then we met Donny. He was nice and took pictures, signed autographs, and chatted with us briefly. It wasn't exactly the same kind of experience as it was with Marie....but it was wonderful to meet him. My mom and I are such big fans. I actually really like the way my picture with him turned out. So that was good! I ended up giving Donny a note I had written. Just in case I couldn't speak when I met him. (Spoiler alert: I could barely talk to him.) Overall, it was a special night that I will remember for a very long time. 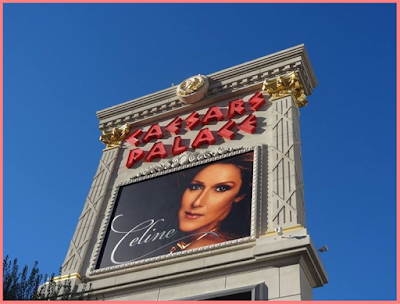 The next day was all about Celine Dion. My mom and I had tickets to see her perform at Caesars Palace. She was incredible. I could not get over how flawless her voice sounds live....how much presence she has on stage....and how passionate she is. Every note had a story. Every movement expressed something honest and pure. She is an icon for a reason! It was overwhelming being a mere four rows away from Celine Dion.

So how was the show? The concert itself was a bit emotional. As you probably know, her husband is sick. This really impacted the show itself. She was very strong, open, and grateful, but it was hard to see her so upset. Afterwards, my mom and I went to eat dinner at Wolfgang Puck's restaurant. It was definitely a nice night. 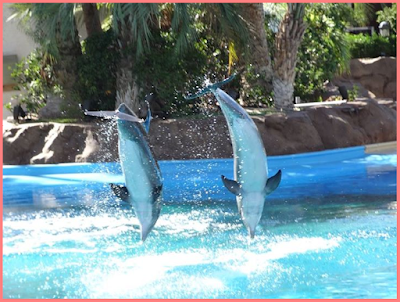 The next day was spent visiting the Siegfried and Roy Habitat. There were dolphins, lions, and tigers. It was really fun. My mom and I took lots of pictures, bought cute things from the gift shop, and watched the dolphin trainers. After that we went to the Venetian hotel to grab lunch at our favourite spot, Buddy V's. Quite frankly, I ate an awful lot. I was so full by the end of that meal that I didn't want to do a whole lot. So we went back to the hotel and watched lots of 90210 programming on Lifetime.

As for the remaining days in Las Vegas? We went shopping, did a bit of gambling, and explored the city. It was a really fun trip. Meeting Donny and Marie? Seeing Celine Dion? Shopping my little heart out? This was definitely the break that I needed.

So that was Vegas! Now I am back to the same old....and am missing the fun and excitement.

Have you ever been to Las Vegas?