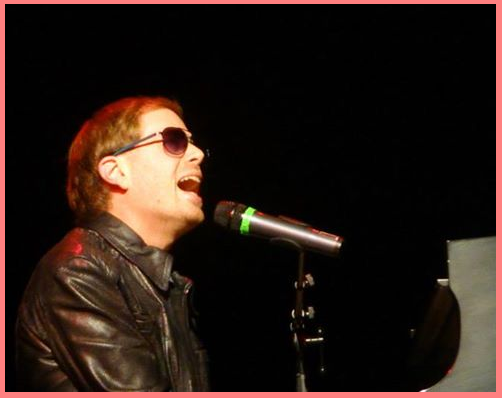 The waiting felt endless. My leg bobbed up and down anxiously as the minutes ticked by. Opening acts finished short sets to mixed reactions. Men and women buzzed in conversation. I shared small smiles with my fiance as I willed time to go by a little bit faster. And then finally, finally, the lights dimmed. He was here...

Scott MacIntyre took the stage. The former American Idol contestant sat down at the piano to rounds of applause. Meanwhile, a bubble of nervous energy rose inside of me. It had been more than two years since I last had last seen him - and even then, it hadn't been a full concert. This would be my first time seeing him perform a concert made up of his own material. The excitement that surged through my body was indescribable.

The evening began with Mandolin Rain. It was the song that won him a place in the American Idol Top 13 all of those years ago. What followed was a string of songs from his latest album Lighthouse (you can read my review of the album here), a couple of covers, and an unreleased track. It was a thrilling and emotional evening. As the spotlight shone around him, his fingers gliding over the piano keys, I felt lucky to be there. I felt joy in that moment.

What stood out to me that night? When Scott sang the title track Lighthouse, my favourite song, With This Ring, and of course, the unreleased track. Throughout the evening, his vocals were better than spot on, truly showcasing the power of his voice and his extensive range. Even as a fan, I was impressed. As the final notes of I Am Hope rang out, I was hit with a sudden bout of sadness. It was over. After all of my impatience for the evening to begin, I realized that I would give anything to start it all over again. I wanted to re-live every second. Just one more time. 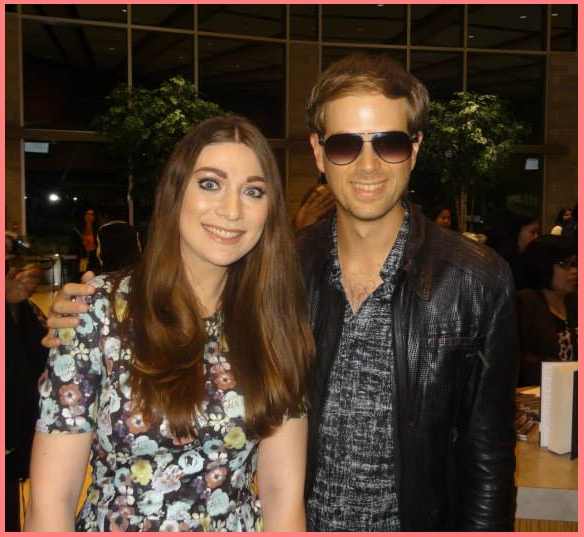 Post-show, my fiance and I went to talk to Scott in the lobby. During that encounter, he and his wife were nothing but kind and generous. They went out of their way to make us feel welcome. Unfortunately, I was nervous and tongue-tied....but my finance helped. He even told Scott that we had been talking about using With This Ring as our first dance song. I am so grateful that he was there with me to experience such a special night. It meant everything to have him by my side. I am also grateful to Scott for coming to town and sharing his talent and inspirational story.

Scott and I took a picture together (which my fiance assured me was good....it was not. At all. Alas.), caught up a bit, and said our farewells. It was a very wonderful night. I am so glad that I was able to be there. It meant more to me than I could ever begin to describe.