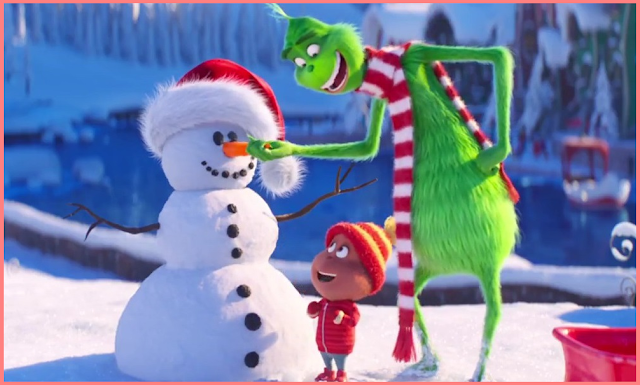 Merry Christmas! It's hard to believe but the big day is here already. Quite frankly, the last few days have been an absolute blur. All of the last minute details were finally crossed off the to-do list, the baking was finished off, and there was an awful lot of time spent with family and friends. I will be sharing the details of my seasonal celebrations in future posts....but for now, I want to wish you all a very Merry Christmas. However you are celebrating today, I hope every moment is filled with joy, love, and laughter. Just a note that this is the time of year where I take a week off from blogging. So you can expect to see a new post from me one week from today. Until then, here is a movie review of the new holiday movie, The Grinch. 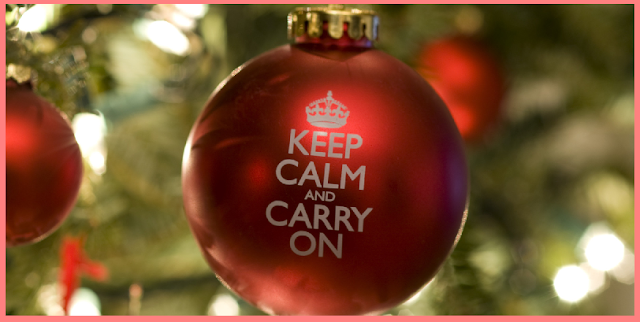 Life gets busier and busier. These days, we have more on our plates than ever before…. with no end in sight. There are those extra tasks at work, a daily commute, endless responsibilities at home, and a bustling social life. No wonder stress is such a common issue. (One third of men and women in North America live with extreme stress on a regular basis.) It only gets worse as the holiday season approaches. Suddenly there is even more to get done. Not to mention all the pressure to make things perfect! Stop living with stress. These tips will help you relax this holiday season. 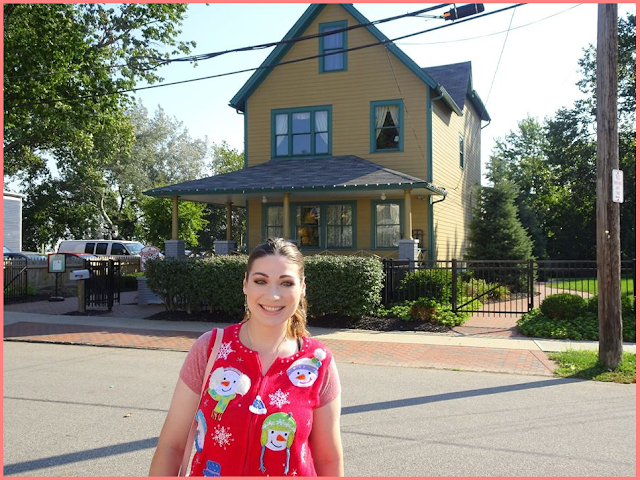 It has been a while but the memory lives on. Especially during this time of year. You may recall my blog post from way back in October, where my husband and I visited Ohio for a wedding. (If you missed it, feel free to check it out here.) Back then, I mentioned that I would be doing a full post about my visit to A Christmas Story House and Museum a little bit later. Well, the time has come! Now that Christmas is just a few days away...it seemed like the perfect time to talk about my experience. So, here are some pictures, videos, and everything you need to know about the iconic movie house.

Want to show off your Christmas spirit? Then infuse your wardrobe with some holiday cheer. If you’ve spent any time at the mall lately (and let’s be honest, now that it’s shopping season has begun, you probably have), you know all about festive fashion. Trendy stores and department stores have one thing in common: holiday inspired clothes and accessories. Everything from sweaters to earrings seems to have come down with a serious case of the jingle bells. Pulling off a festive look can be tricky – at least if you want to look stylish. Don’t despair! You can still wear that Frosty sweater without sacrificing your impeccable fashion sense. This is your guide to festive fashion done right.

John Denver and Christmas go hand in hand. From Christmas albums to movies and television specials.....John showed his love of the season time and time again. Thankfully, each year we can all watch, listen, and enjoy his contributions to this wonderful time of year. In the past, I have written about John time and time again. This year I wanted to do something a little different. Since I have been watching all of his old Christmas specials, it seemed like a good idea to write about them as the countdown to Christmas continues. So here they are, ranked and reviewed. 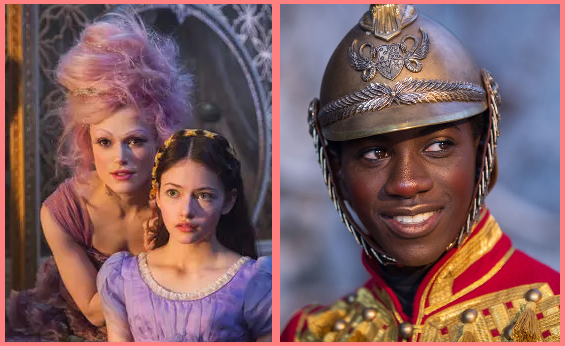 DressliLy is a global fashion online shopping site, selling Fashion Dresses, Home Decoration and Accessories. Recently,  DressliLy reached me via email, stated that they are offering an up to 90% off discount and free shipping for any price range instead of Free shipping above $39. It is right at the moment, I was frustrated because I want special Christmas decoration from others, and I assume that people may wonder how’s the quality when are they’re relatively cheap, then I decided to give it a shot. The shipping is mailed quickly, which is faster than similar kinds of sites. The moment I got my package, I realized I have to share my experiences with everyone. 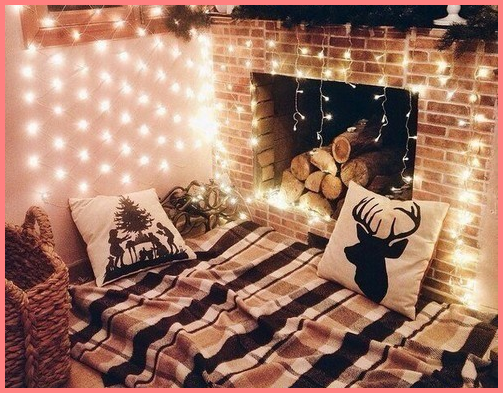 Somehow, the month of December always seems to move at lightning speed. It feels as though I waited ages for December to arrive and now....it is all going by too quickly. Anyone else feel the same? I wish I could slow down this time of year. That way, I could sit back and appreciate all of the little moments that make the Christmas season special. Confession: that is sort of the goal with my post today. I wanted to share some of my seasonal favourites for the year. That way, I can take time to reflect on some of the things that have been making me smile so far. Here you will find lots and lots of favourites, from movies to music to food and more. 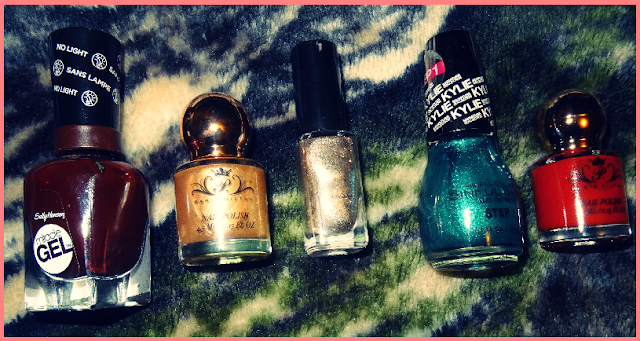 For the last couple of days, my nails have been bare. This is unusual for me. Many years ago, my work wouldn't allow any sort of nail polish whatsoever. So when that finally changed it was all nail polish all the time. To this day, it is rare that there is not some sort of colour on my nails. The reason for the bare nails? I am gearing up to create something special and holiday themed. In truth, I am searching for the perfect festive shade of green. But until I find it, I am making the most of the shades already in my collection. On that note, I wanted to share my current top five favourite holiday nail polishes.

why i love obscure christmas specials (and my top five) 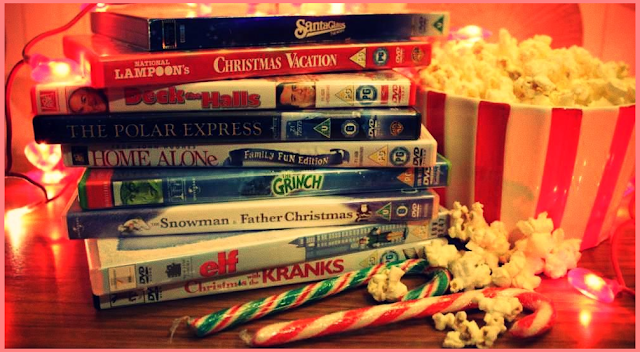 Some people watch Rudolph or Frosty and call it a day. As for me? I am Christmas special obsessed. From poplar holiday movies to beloved television classics to the completely obscure and forgotten....I love them all. Today's post is dedicated to those not-so-commonly discussed movies and specials. That includes why I love them in general as well as a few standouts to consider on your next night in.

The holiday season is officially underway. That makes right now the perfect time to have fun and get creative with your winter makeup. Forget about traditional red lips or cat-eye liner. This is your opportunity to do something a little bit different. Whether you are heading to an holiday party, catching up with old friends, or spending time with loved ones....these fabulous winter looks will get you out of that makeup rut once and for all.

look your best during wedding season with ever pretty 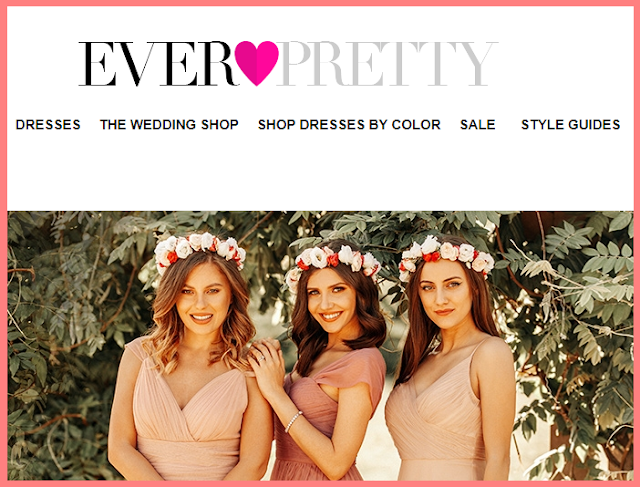 Are wedding bells in your future? It seems that everyone I know is either planning a wedding or is hoping for a romantic Christmas proposal. Whether you are planning to say your own "I Dos" in the near future (or know someone who is), now is the perfect time to start making important decisions. With ever-pretty.com, it is easier than ever to do just that. They have an incredible selection of dresses for brides-to-be, wedding guests, and of course, everyone in the bridal party. With so many beautiful pieces to choose from...it won't take long for you to fall head over heels in love with a stunning gown.

my hanson experience (meeting and interviewing my favourite band) 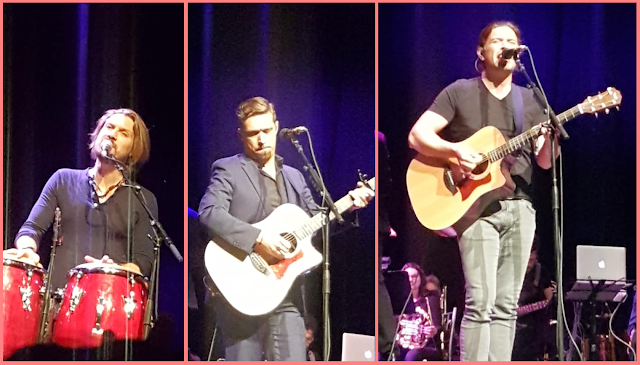 Sometimes, dreams come true. When they do, it is often unexpectedly....long after you had given up on the idea. For me, that happened late in November. It was an ordinary day like most others. Until I checked my email and found that I had won a meet and greet for Hanson. My favourite band. (Not just my favourite band, but my favourite band since the age of ten.) I was ecstatic to say the least! Then a few days later, I received another email. The reporter for the show was unable to attend and they were offering me the spot. That meant not only would I get to meet my favourite band but I would get to interview them as well. Cue freak out.

I was in a panic, unsure of whether or not I would actually be able to complete the task. I mean, properly meeting Hanson had been on the top of my bucket list for decades. Would I pass out? Would I cry? Would I even be able to speak? I was full of doubt but was thankfully able to pull it together with support from loved ones and lots of positive thoughts. As the reporter, my interview was recorded (and is currently posted on hanson.net) and I was asked to write a full review of my experience for the website. Today, I wanted to share the latter with you all. 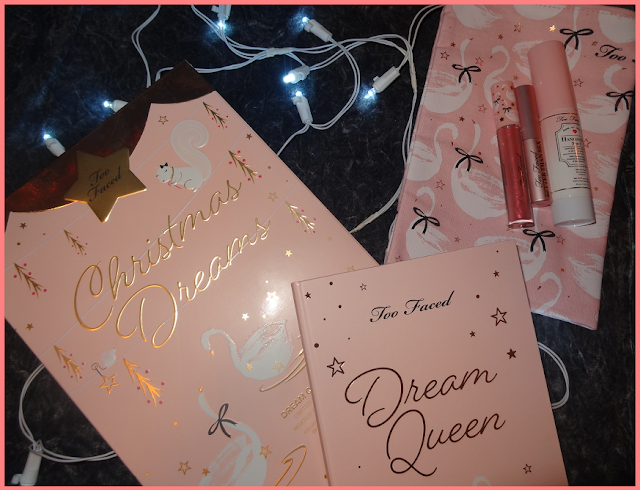 The holiday season makes me smile for an awful lot of reasons. Like spending time with family, drinking cups of hot chocolate, and looking at all of the beautiful decorations. Another reason it is so wonderful? All of the seasonal makeup releases, of course! Each and every year, beauty brands release limited edition items inspired by the holidays. In the past, I have tried out quite a few....most notably from Too Faced. Not only are they one of my favourite high end brands in general, their seasonal releases are always so much fun. (You can check out reviews from holidays passed here and here.) This year, I added the Christmas Dreams set to my makeup collection. Ready to take a peek inside? Here are all the details you need to know before you add it to your wish list. 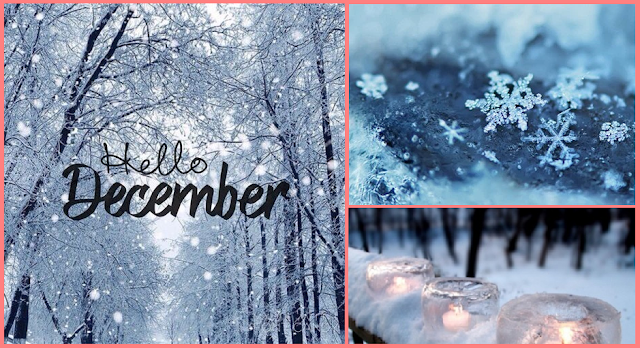 It is my favourite time of year. Finally, December has arrived! For all of those Grinch-esque people who hate to see anything Christmas-related before the first of the month....no more complaining. The countdown is officially on. Quite frankly, I am loving every minute of it. This is the time to enjoy seeing all of the lights, decorating, wrapping, watching holiday specials, and so much more. I love all of the traditions and spending time with loved ones. This month,  you can expect lots and lots of themed posts to celebrate the spirit of the season. Starting with today! Here are is a Christmas gift guide to help you find the perfect presents, quickly and easily. 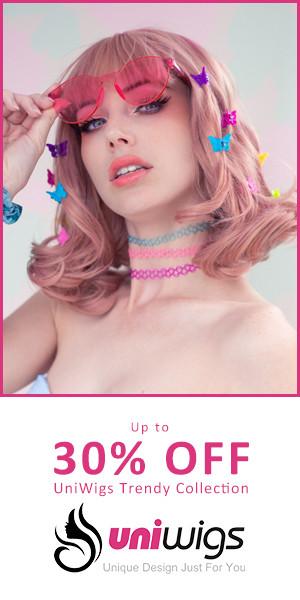 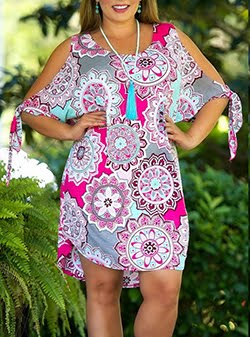