and their anthem voice goes up amid the rainbow and the mist. 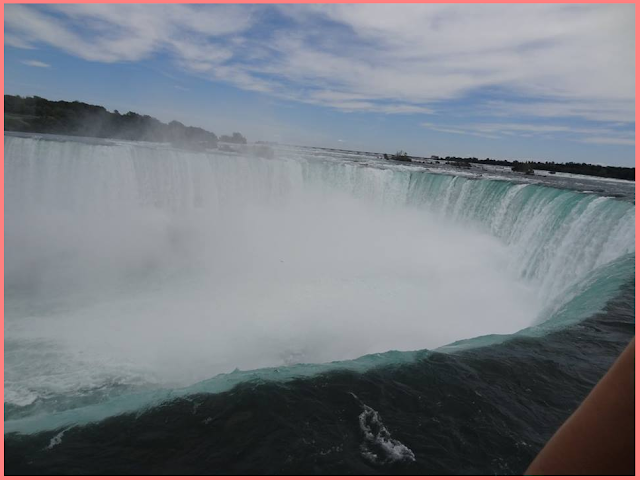 For months, it was on my calendar. Niagara Falls Trip. To say I was excited would be a major understatement. My husband and I had planned a very short trip to Niagara Falls. From the moment we booked the hotel...I started to count down the days. See, there was a reason for our visit. David Cassidy was performing at one of the casinos. Which meant that I had to be there. (I confess. Whenever David Cassidy comes remotely close to where I live....I travel to see him.) It was an incredible mini-getaway. One that made my summer feel absolutely incredible.

Day One. It started off pretty late. Normally we would have started the drive to Niagara Falls earlier in the day. However my husband participated in a 5K Foam Run with a friend from work. So we did not begin the two and a half hour drive until 4 o'clock. That gave us just enough time to get to the hotel, grab something to eat, and head to the casino. There wasn't a lot of wiggle room.....but it worked out well. 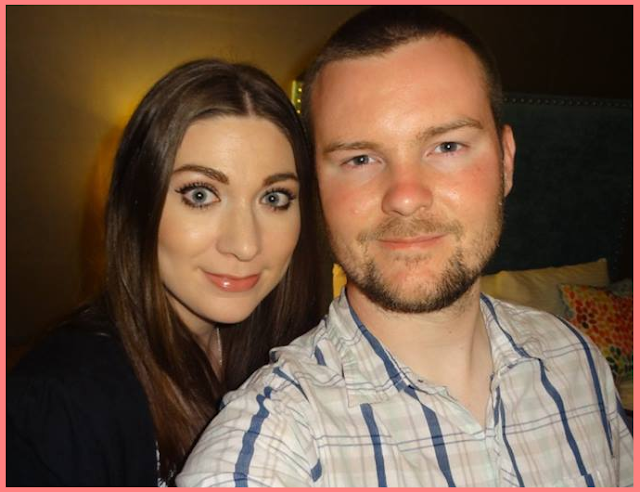 The David Cassidy concert was incredible. By far the best show I have seen from him. He was so energetic, happy, and grateful. His love of music was evident. The standout moment for me? When he sang Common Thief from the album, The Higher The Climb The Harder They Fall. Typically, David performs a lot of Partridge Family, covers, and songs from his first solo record. But there are so many incredible songs in his catologue. Songs that have inspired me for years and years. This was the first time I have seen him perform anything post-Cherish. It was incredible. I actually got so excited when he was introducing the song that I yelled out. He commented on "the two people that bought the album." Overall? The concert was an incredible experience for me. I was memorized by David. My husband was not as thrilled with the evening....but he was a good sport!

Day Two. This was very sadly the last day of our trip. (Told you it was a short one.) But we definitely made the most of it. We started off with a hearty breakfast at Dennys followed by a walk down Clifton Hill. We looked around at some of the shops, played Dinosaur Mini Golf, and then went to the arcade. This was a highlight for me. We had a blast going on a 3D ghost ride and playing old school arcade games. After that, we started to walk toward the Falls. Before we made it there? We stopped in to create a wax hand. It was not a pleasant experience - dipping my hand into hot wax water was painful - but the end result was pretty cool. Now we have our wax hand displayed in the living room. It is a pretty neat memento. 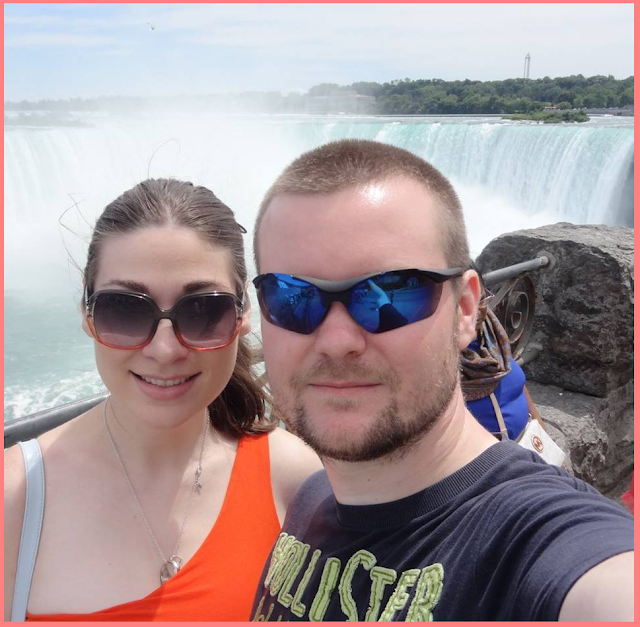 Then we walked up and down the Falls, taking pictures, and being tourists. Then it was a long walk back to visit the Coke and Hershey stores. Then the driving began. We ended up going to a couple of outlet malls in the area. Mainly so I could visit the Guess outlet store. It was fun to do a bit of discount shopping and wander around together. By the time we started our drive back? It was after six. Thanks to traffic, we returned home at eight thirty or so, and the rest of the night was spent with Netflix. Overall? It was a jam packed couple of days....but they were amazing.

Have you ever been to Niagara Falls?