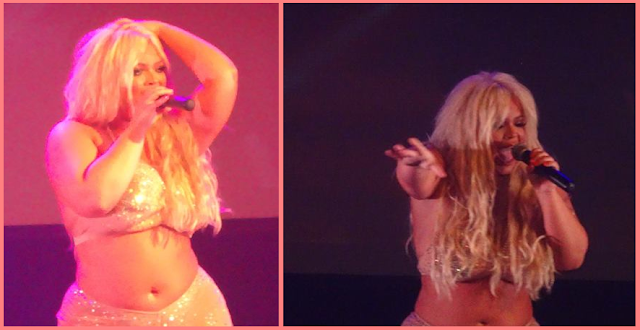 I love Trisha Paytas. A lot. Many years ago, I discovered her YouTube channel when a video of hers showed up in my sidebar. Though I wasn't necessarily looking for someone new to watch...there was just something about her. She was so beautiful and the video topic sounded interesting. So I clicked. Before I knew it, I was watching video after video after video. Over the next several weeks, I spent my time going back through all of her content. (Yes, all of it.) Since then, I have become a huge fan of hers. I love Trisha's bubbly personality, her ability to be honest and raw with her emotions, and the fact that she always picks herself back up again after a fall. She also has amazing style, which I touched on in my style icon post. After all of these years of watching her videos, buying her music, and being a fan....I finally had the chance to meet her. Trisha decided to do a tour and came to a city not too far away from me. So, I bought a ticket and made the journey downtown to see the show and take part in the post-show meet and greet. 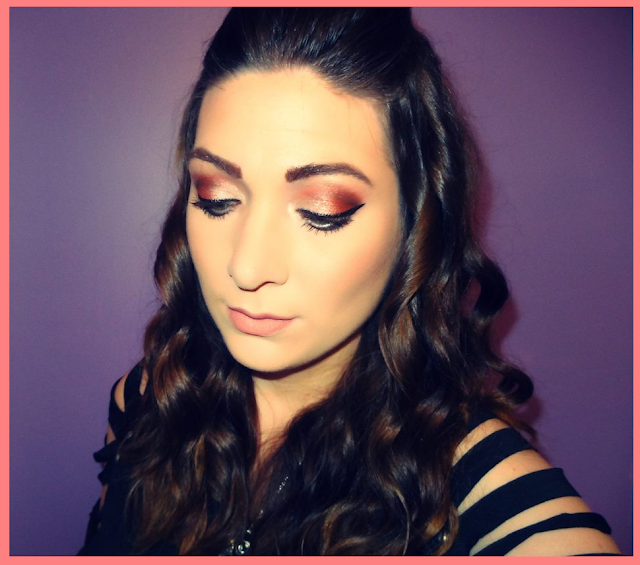 It all started very early in the morning. I woke up at about 6:30 to start getting ready, which was a process. My goal was to look absolutely perfect when I met Trisha Paytas. So I curled and styled my hair (which I rarely do), took my time making sure that my makeup was just right (using a Huda Beauty palette and Kat Von D palette), and put on my chosen outfit. By the time I was ready to leave for the train, I was feeling pretty good. But then there were massive transportation issues. The train I planned on taking wasn't coming and there was no surefire way for me to get home again after the concert was over. It took much longer than anticipated to get downtown but hey - at least I got there! By the time I approached The Opera House, my nerves were totally shot.

Before long, they were letting everyone inside the concert venue. So I quickly went to the merchandise table and picked up a Trisha Live hoodie. (It was expensive but super cute. On one sleeve, there are pizza emojis and TRISH LIKE FISH written down the other side, with tour dates on the back.) I tried to find a decent spot to watch the show but it seemed that everyone in front of me was a giant, so my original spot ended up not being great. I wound up moving further to the back of the venue but with a central view. Though the show was supposed to start at 12, it started at about 12:30. After all of the waiting, suddenly, there she was. Trish! Right in front of me!

Let me start this off by saying the show itself was quite short. Maybe a half hour to forty minutes, including costume changes. She sang a few songs, including Freaky, an upcoming release, a Britney Spears tribute, and Fat Chicks. Then there was a very brief Q&A session and that was it. I would've loved to have her just stand up there and talk for a bit or answer more questions in the question and answer portion of the show. Anything, really! I just wanted more Trish! That being said....she was wonderful. Trisha has incredible stage presence, her personality shone through, and she looked stunning. I loved all of her costumes as well. They were so glitzy and definitely super Britney inspired. It was a fun show but left me wanting more.

Oh boy. Let me start this portion by apologizing for the photos above. As I mentioned earlier in this post, I wanted to look perfect when I met Trisha Paytas. I spent hours getting ready. Choosing the perfect eyeshadow palette. Layering on fake tanner. Painting my nails. Picking just the right perfume to wear. Every detail had been accounted for....except that I completely and totally lost my cool when I saw Trisha up close and in person. Waiting for the meet and greet had been brutal, with it being well over an hour by the time I got up there. That coupled with the fact that I was by myself and that I was super nervous? Well. Let's just say I cried. A lot.

When I was younger, I used to cry over celebrities all the time, but in my adulthood, that has switched to being massively nervous and shaky instead. Until I met Trisha Paytas. I don't know what happened exactly, but the moment I saw her, I just crumpled like a paper bag. I began to just bawl my eyes out. Looking back, I can understand my reaction. (Even though it was not ideal.) Her videos have been a constant source of comfort. Trisha has been there for me in good times, bad times, and everything in between. For instance, when a friendship ended unexpectedly, I turned to her videos more than ever. She made me feel like I wasn't alone....and that it was okay to be myself.

This was something I told her and she was so lovely about it. She said she was sorry about what had happened, that she had been through it before, and it is always really difficult. Just talking to her about it for a minute....it meant everything to me. To be understood. To be heard. Just for a minute. I also thanked her for her videos and told her that they help so many people. She hugged me like six times, told me my makeup was too pretty to ruin from crying (Trisha! Paytas! Complimented! My! Makeup!), and she even dabbed my face with her hoodie to get rid of my tears for the photo. (She said she was blotting. Too sweet.) She also signed a tour photo for me, thanked me, and told me to message her on Twitter. Trisha was just everything I hoped she would be. Kind, caring, sweet, and genuine.

After that experience, I briefly talked to her mom, left the venue, and called my husband. I managed to find my way back to the train station and get part of the way home, but it was all a blur, because I continued to cry long after I had met Trisha. It was as if a part of myself had been shut off for a long time.....and suddenly it was wide open. I spent the rest of the evening trying to process it all. Partly feeling silly for crying all over Trisha Paytas. Partly thrilled that I met someone I admire so much. Looking back, though I wish my photos were better, I wouldn't change anything about the experience. Since that day, I feel happier and stronger than I have in a very long time. It was a day to remember.

On another note! Trisha actually posted a new music video, featuring footage from her first couple of shows. Mine included. To my surprise, at the 2:30 mark...there I am...crying away! So, if you'd like to see a brief moment of my experience (or just listen to Trisha's new song), take a look at the video below.

Are you a fan of Trisha Paytas? Have you been to any concerts lately?